Video of this song from youtube
Average Rating : 4.11
Total Vote(s) : 123
Please rate this song between 1 star and 5 stars (5 stars being the best). Just move your mouse on the stars above and click as per your rating. Your rating will really help us to improve our website. 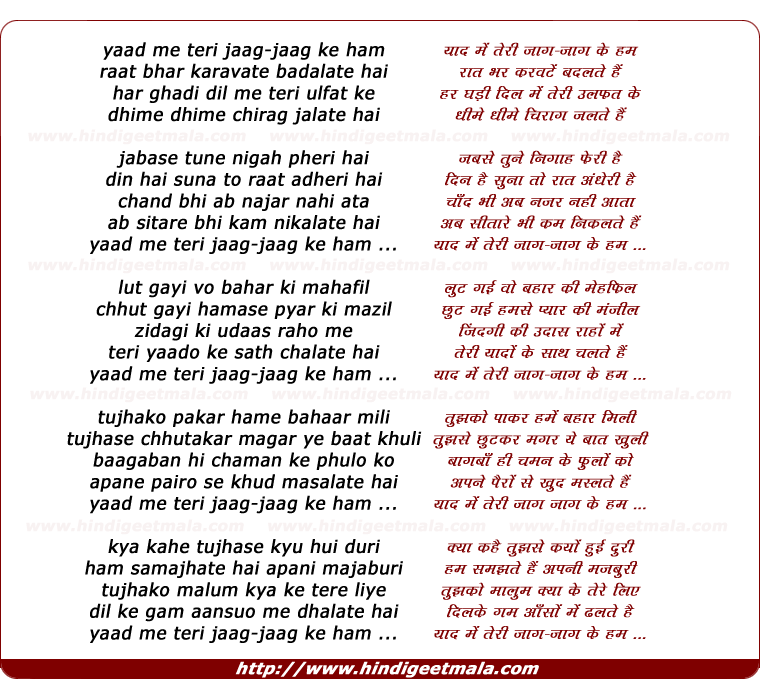 mazefavourite on Monday, November 29, 2010
coincidence...all nice songs r sad mood songs. nice duet no doubt, my fav.
Hasmukh Jhaveri on Saturday, April 04, 2015
this is a nice song, it may be in darbari kaanda raga.﻿
blingstababe on Monday, May 24, 2010
Really nice, I love Rajendra and Mohd. Rafi. Thank you.
mahendra Rathod on Monday, January 27, 2014
Great Romantic song. Most for Teenager.﻿
Popular Links on HindiGeetMala