Video of this song from youtube
Average Rating : 4.33
Total Vote(s) : 9
Please rate this song between 1 star and 5 stars (5 stars being the best). Just move your mouse on the stars above and click as per your rating. Your rating will really help us to improve our website. 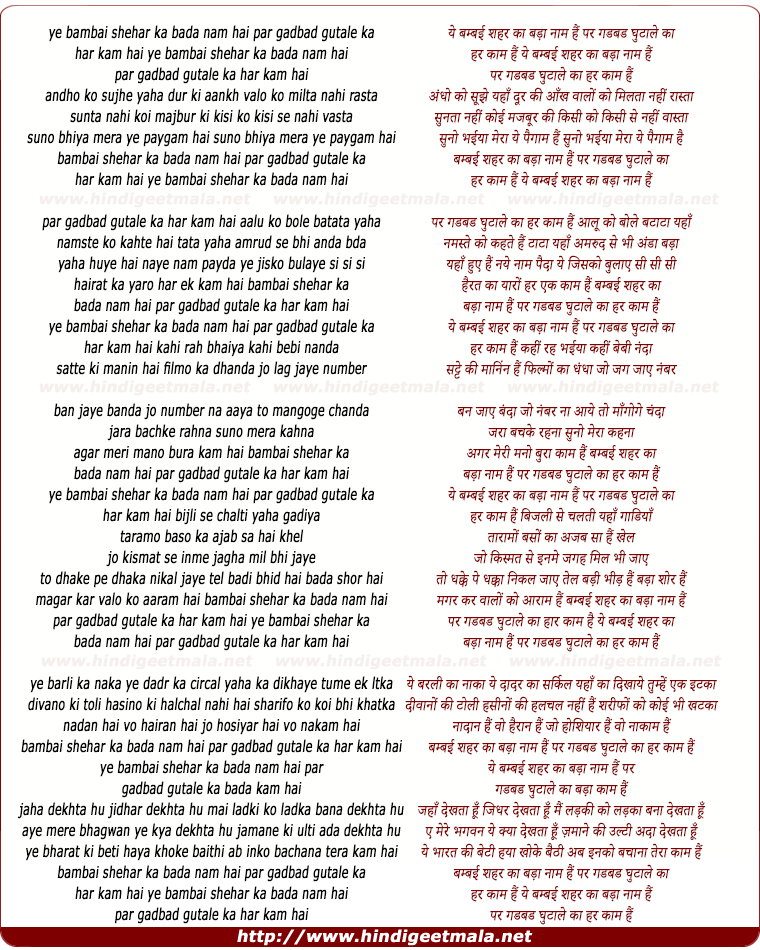 Dee Thakore on Monday, July 30, 2012
What a quiet place was Bombay in 50's! Music : Bipin Dutta Lyrics : Noor
Dewasi Maruti is on screen is singing. He is a father of Guddi Maruti.

Bijendrasinh Parmar on Saturday, March 29, 2014
Do you know, This song is REALLY SUITABLE for HARMONICA-(MOUTH-ORGAN), and
Sounds VERY - VERY SWEET on MOUTH-ORGAN,
# # This Film & Song, should be preserve as a Documentary Evidence, to SHOW
the BOMBAY'S HISTORY.!!! Same Problems & Same Situation, still Continued
in 2014 and Years To COME, in FUTURE...as narrated in the SONG.﻿

Bijendrasinh Parmar on Friday, March 28, 2014
Thanks for giving all the Details, it's one of my FAVORITE SONG.!!
This Film & Song, should be preserve as a Documentary Evidence of the
BOMBAY'S HISTORY.!!!﻿