Video of this song from youtube
Average Rating : 4.47
Total Vote(s) : 66
Please rate this song between 1 star and 5 stars (5 stars being the best). Just move your mouse on the stars above and click as per your rating. Your rating will really help us to improve our website. 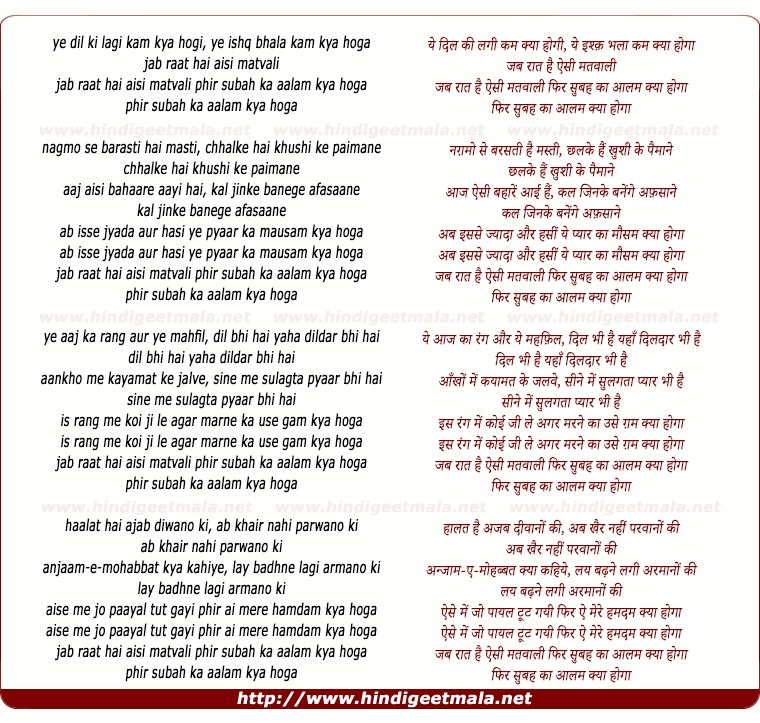 yuanyuanyuanyin on Saturday, July 31, 2010
@chamogaa - Thank you my dear Professor.
5000 VIDEOS just in ONE YEAR!
10 -15 videos daily!
I being an uploader myself, I know how difficult it is and what he must be going through.

As I said here and also at his profile, this is a record, he being an individual, not a company or an organization.
Amazing is not the word!
He should be given a special medal AND his name should go to the book of "Guinness World Records", I sincerely and strongly feel.
Hope someone will initiate SOMETHING!
Thanks.

V. Siddhartha on Saturday, July 31, 2010
@Mahagedara2 Ajay has truly been on a roll, Yuan. In the world of YT music,
he is like a gunslinger galloping on horseback and firing from both hands
as he exclaims, Get out of my way ! Except in his case, we listeners
surrender with delight and thanks !