Average Rating : 4.53
Total Vote(s) : 38
Please rate this song between 1 star and 5 stars (5 stars being the best). Just move your mouse on the stars above and click as per your rating. Your rating will really help us to improve our website. 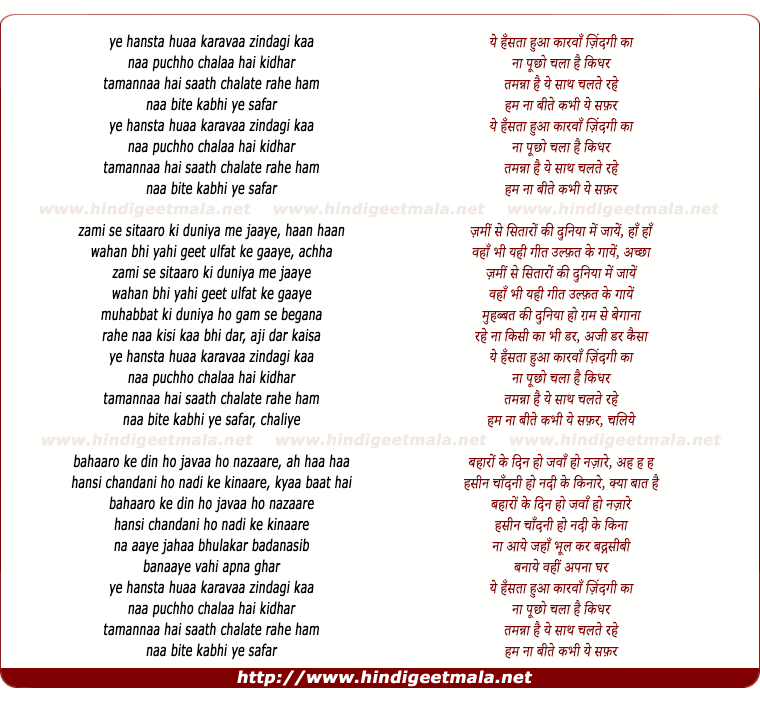 rk10101 on Monday, March 02, 2009
Thanks for posting this beautiful duet! Good audio quality thanks again.
Also many thanks to Mr. Chandrashekhar Gupta ji for taking us to
yeateryears' cine database details!

rk10101 on Monday, November 23, 2009
Thanks for labeling the song. This is a woderful rare song, and was very
poular on Vivdh Bharti throughout 60s, particularly in program Jaimala at
6-45 pm!

ballalac on Wednesday, March 19, 2014
Very beautiful song!!!Still fresh even after lapse of 50+ years. Hemantda's
soft voice and Aashaji's wordings of some "NOKZOK"between two lovers has
made this song more attractive!!! Hemant kumar's playback for Pradeep Kumar
was perfect match ,just like as other famous pairs,Raj kapoor-Mukesh; Dilip
Kumar-Rafi ;and Dev Anand-Kishor Kumar.﻿