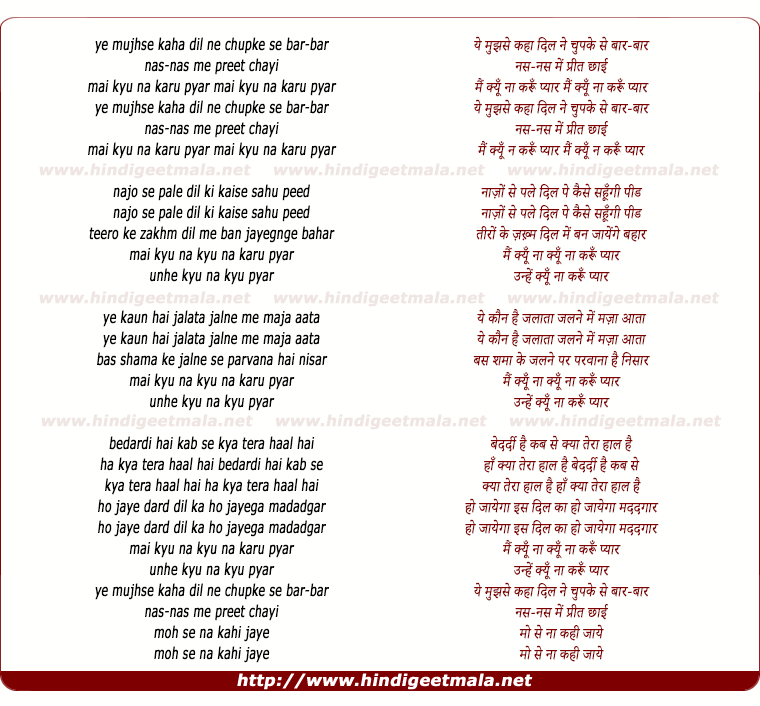 Comments on song "Ye Mujhse Kaha Dil Ne Chupke Se Bar Bar"
Shalin Bhatt on Saturday, January 17, 2015
This is not Kanan Devi, is it? Neither of the actresses here are Kanan
Devi, and she sang all of her own songs in those days. One of these voices
is Anima Dasgupta (Sengupta), but I am not sure about the other. One
comment on Hamara Forums suggests it is Kalyani (not specified if they
meant Das or Mitra), but it doesn't sound like either of them. Anyone with
keener ears that can figure out the second voice?﻿

Bhupinder Pujji on Sunday, November 28, 2010
Dharmesh what a rare song of Kanan devi my mother used to talk to me about
kanan devi and kl sehgal the year 1942 great memory of the old times thanks
for sharing bhupinder