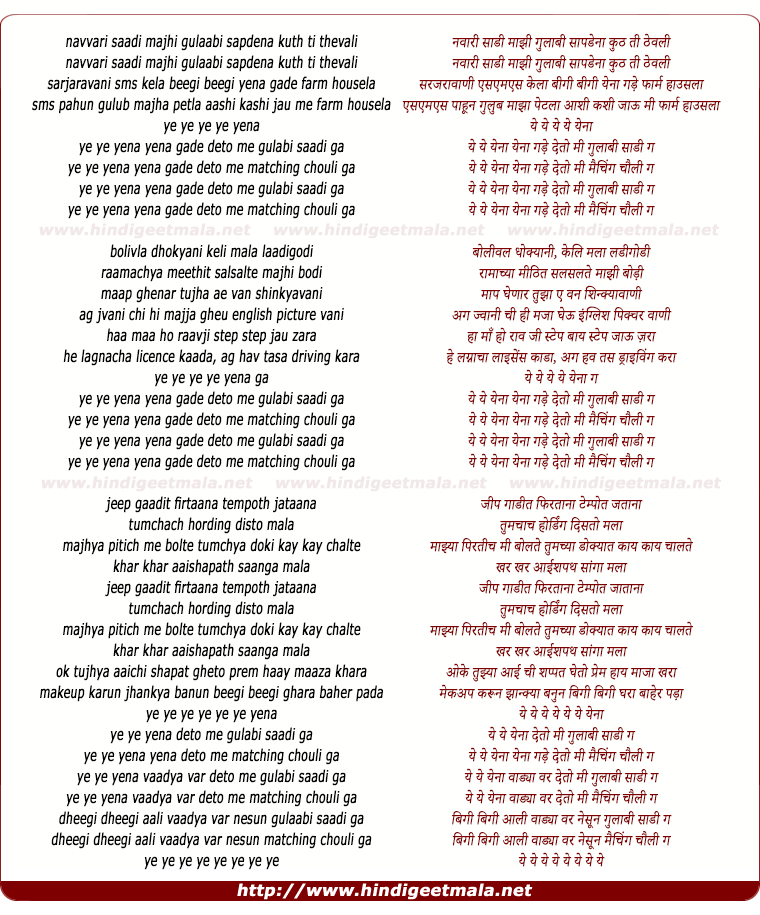 Comments on song "Ye Na Gade"
madmukesh on Friday, April 03, 2015
Woow Song , N the video is infectious , both the singers have a very raw
voice . Soulful song . The Artists have added zing to it . Watched the
movie 4-5 times ,. Its a masterpiece . most of Anurag kashyaps produced or
directed movies are cult and Timeless . If i could convey this - Gulshan ,
Radhika , sayi - Love n Respect .. milestone Imprinted Acting .
A creative Genius of a movie and a classic cast .
Love you ﻿

Robin on Thursday, April 09, 2015
I don't understand the language but I am in love this song !! I understand
Hindi Punjabi and English! Love the music even I don't understand lyrics !!
It's truth music has so power that anybody can fell in love with it !! ﻿

Abhilash Satpathy on Thursday, August 06, 2015
Marathi songs seem so funky.You don't need to know the language to like it.﻿
Sum Edh on Tuesday, March 31, 2015
ya first time Sai got overpowered by Radhika full on energy n masti﻿
View all 15 comments related to song Ye Na Gade
Popular Links on HindiGeetMala