Average Rating : 4.48
Total Vote(s) : 21
Please rate this song between 1 star and 5 stars (5 stars being the best). Just move your mouse on the stars above and click as per your rating. Your rating will really help us to improve our website. 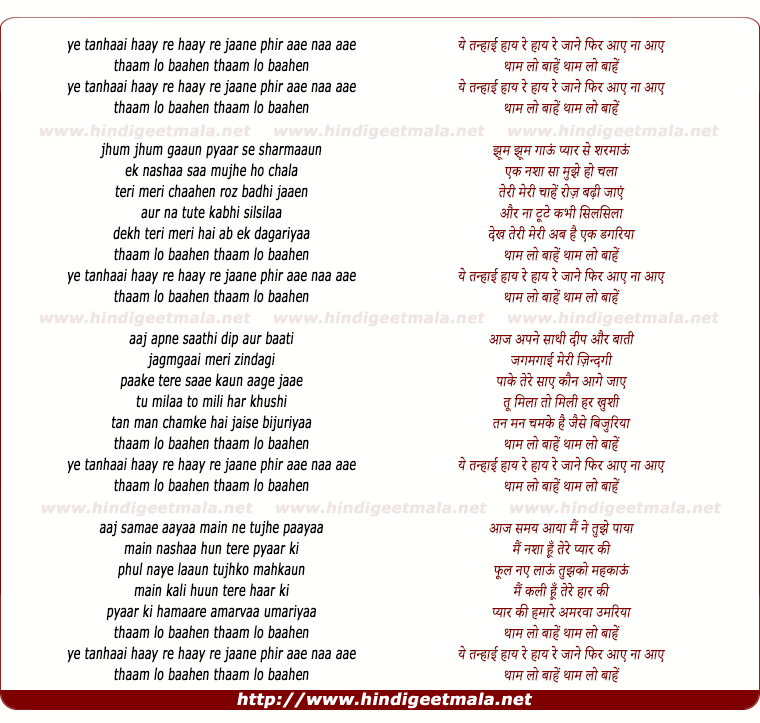 ramachandran tg on Wednesday, October 01, 2014
This versatile actress was an IDEAL GIRL next door in her prime.The lyrics
& composition are both fantastic which shows her the devotion & love for
her lover in a gentle way unlike today's brash way!﻿

atulks on Tuesday, August 21, 2007
This film along with Bandini were released in 1963. The viewers were able
to see the versatility of Nutan who in this film performed a comic role and
in the latter a very serious role to perfection.

j11994466s on Thursday, January 07, 2010
It is a beautiful song that reminds me of my young days. Nutan looks so beautiful and projects true innocence - a hall mark of the dramas of that age.
View all 15 comments related to song Ye Tanhaai Haay Re Haay Re Jaane Phir Aae Naa Aae