Video of this song from youtube
Average Rating : 4.73
Total Vote(s) : 37
Please rate this song between 1 star and 5 stars (5 stars being the best). Just move your mouse on the stars above and click as per your rating. Your rating will really help us to improve our website. 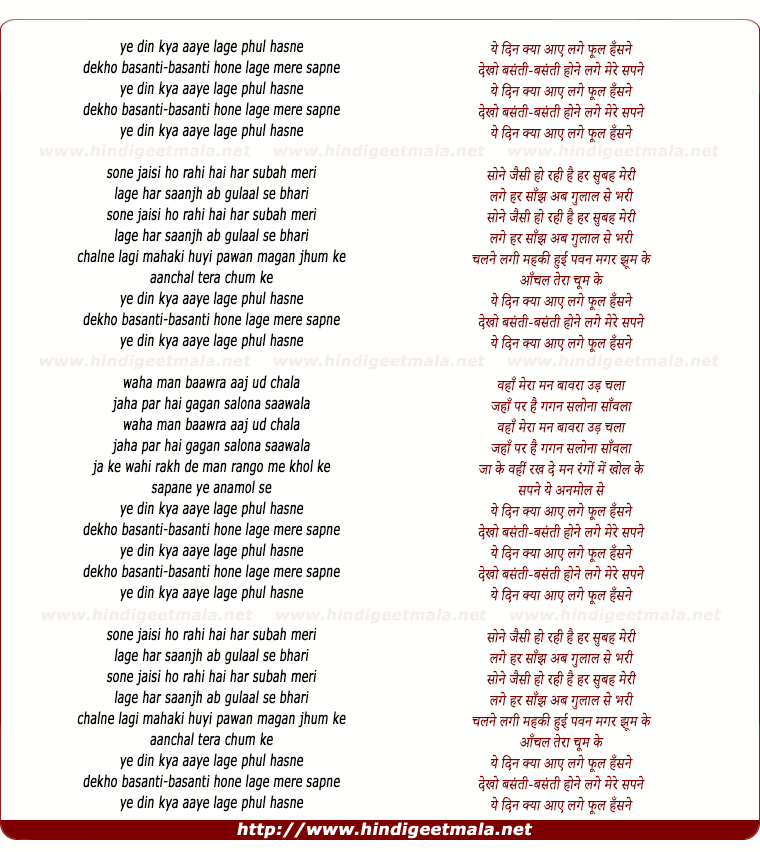 whennothinggoes on Wednesday, December 09, 2009
combination of Salil da(music director) and Mukesh Mathur iis out of the world.Its like Heaven on the Earth.
Urmirani on Tuesday, April 06, 2010
i luv this song, the lyrics are superb...we don't see these simple actions in current movies..unfortunately.
maid31 on Friday, February 27, 2009
ru mad!!!!!!!!!!!!!! this song is sung by mukesh...the greatest singer ever
viren80 on Thursday, December 10, 2009
this song is one my fav song, i love this song like anything, i listen it almost everyday. i watch this movie, it is awsome, those ppl who dont have much time can utilise their time spare time watching it, trust me guys its worth it.
View all 35 comments related to song Yeh Din Kyaa Aaye
Popular Links on HindiGeetMala