Video of this song from youtube
Average Rating : 4.23
Total Vote(s) : 57
Please rate this song between 1 star and 5 stars (5 stars being the best). Just move your mouse on the stars above and click as per your rating. Your rating will really help us to improve our website. 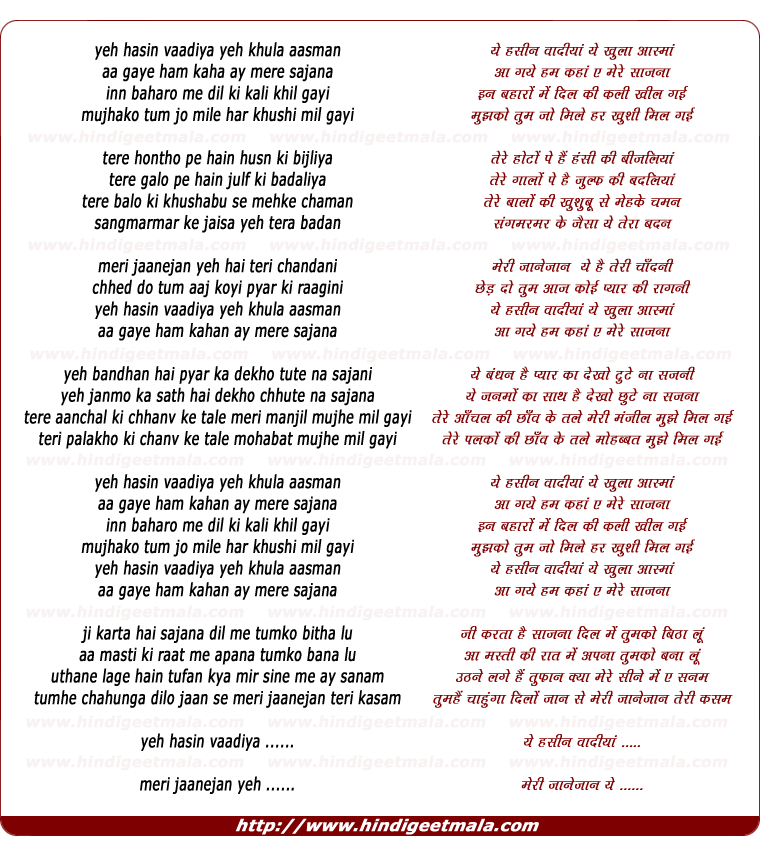 Comments on song "Yeh Hasin Vaadiya Yeh Khula Aasmaan"
raees rana on Thursday, February 13, 2014
simply great composition by A R rahman and well sung by singers with
beautiful filming by manti ratnam...where is that charm of A R rahman is
gone...his music in jab tak hay jaan and highway is just not that good...﻿

Govardhan Reddy on Wednesday, April 09, 2014
superb, Fantastic,Amazing voice of K.S.Chithra Amma...You are the
Saraswathi Goddess living on Earth. No words are deserve to describe you
Amma...

Saurav Vimal on Friday, December 07, 2012
i only wanna say i m 20 year old guy and i belive in this kind of
love.pls dont spoil the meaning of love
guys.we should respect each other

coolselvan on Monday, July 14, 2008
what a voice. sp bala the great and AR RAHMAN..WE LOVE U FOREVER...anyway who is the female voice? can anyone tell, please so nice
laishini on Friday, January 25, 2008
i really really really love this song and it is dedicated to all lovers over the world from soulakshna
signing mauritius