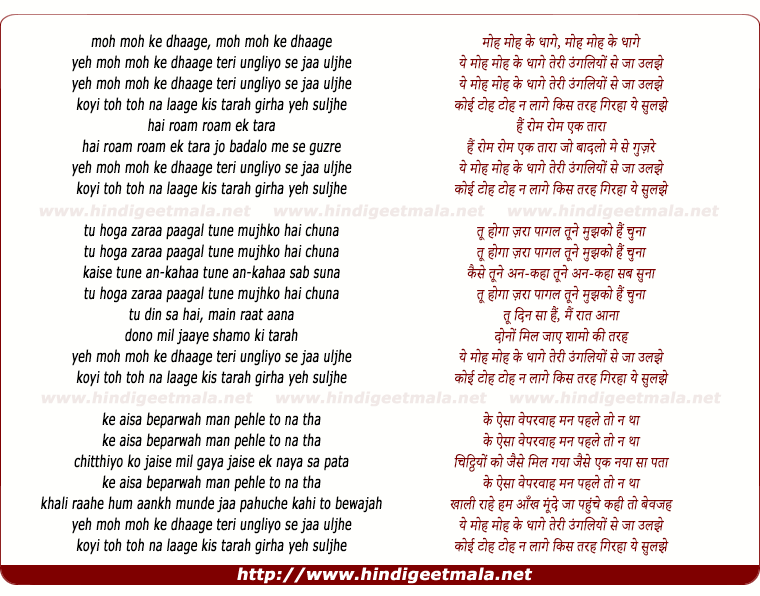 Comments on song "Yeh Moh Moh Ke Dhaage (Male)"
Nishtha Goyal on Friday, April 10, 2015
Papon has always been one of the most amazing singers ever. Thank God these
people had some common sense and did not use a singer that did not suit it.
Papon lends it an enigmatic and ethereal feeling that is probably the
reason this song as beautiful and fascinating as it is.﻿

Phalguni Pattnaik on Friday, October 02, 2015
What a composition by Anu malik..u r truley a legend ...and awesome singing
by Papon...My special request to all producers and directors pls give
chances to such music directors and singers...Movies are remembered by such
gud songs...Please dont include vulgarity in the music.﻿

Mahesh Waran on Monday, September 21, 2015
I wasn't a big fan of new songs lost touch of new songs but after listening
to this song I came to know what I was missing one of the best songs and
best singer of new era﻿