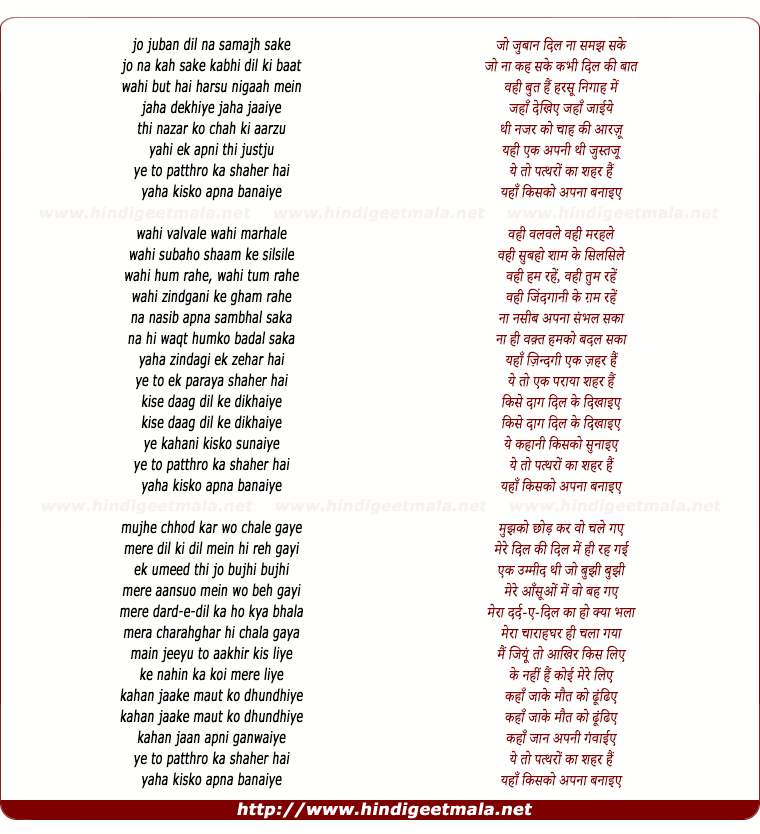 swaminathan63 on Monday, October 26, 2009
Dear Khurram Bhai Never heard of the song or even the name of the movie.
But what a great soulful number. Rafi Sahab's hidden treasures (the rare
and unheard ones) never ceases to amaze. Thanks for uploading such rare
gems Regards Swaminathan

jpall411 on Monday, July 04, 2011
thank you dost for posting such a brilliant song. Rafi saab never ceases to
surprise me. I thought i've heard all the good songs then I find even
better ones thanx to fellow rafi fans like yourself. long may it continue.

hemu kumar lall Lall on Friday, December 04, 2009
This is the greatest song ever.The other singer who has sung it from the
same movie is Mahesh Chander,and the musician is probably Usha
Khanna.UNFORTUNATELY THE MOVIE PATTHARON KA SHAHAR NEVER GOT RELEASED.

tanvir shah on Sunday, September 05, 2010
After several years I enjoyed listening to this song or say drowned in the
agony of these words & voice.Thanks for reminding the good old times or the
pitiful days & nights.