Average Rating : 4.09
Total Vote(s) : 11
Please rate this song between 1 star and 5 stars (5 stars being the best). Just move your mouse on the stars above and click as per your rating. Your rating will really help us to improve our website. 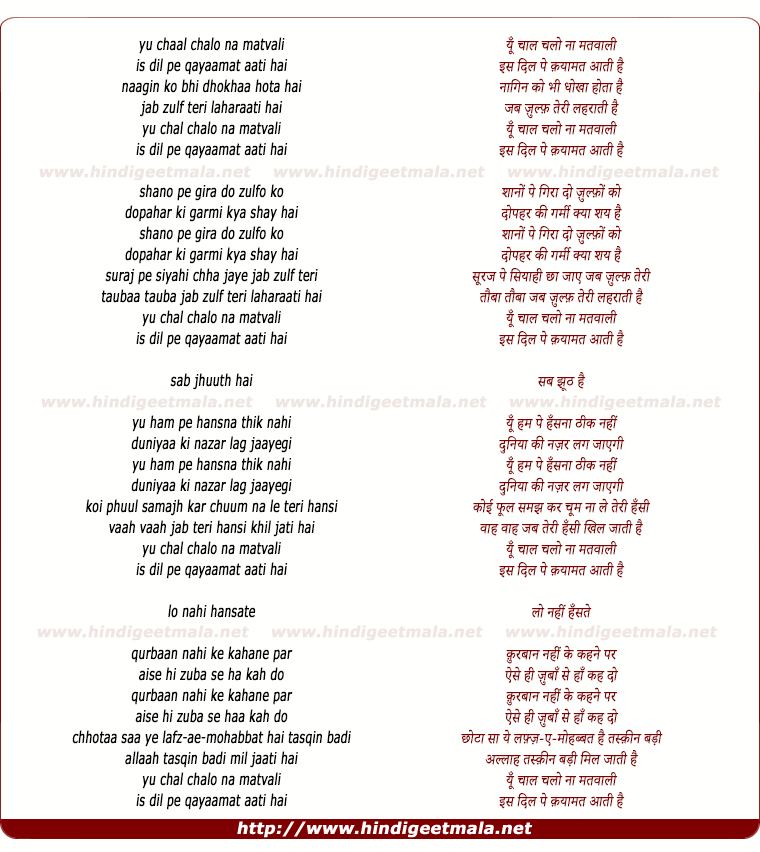 Anwar ul Haque on Thursday, July 30, 2009
Rafi Sahab on Jeewen!!!!! Unbelievable stuff... Many many thanks to uplad
an extra ordinary gem by the king...

Malkit G on Friday, April 08, 2011
One of my fav Rafi songs - brings back so many memories of when i was in
Uganda. Thank you for this.