Average Rating : 4.13
Total Vote(s) : 426
Please rate this song between 1 star and 5 stars (5 stars being the best). Just move your mouse on the stars above and click as per your rating. Your rating will really help us to improve our website. 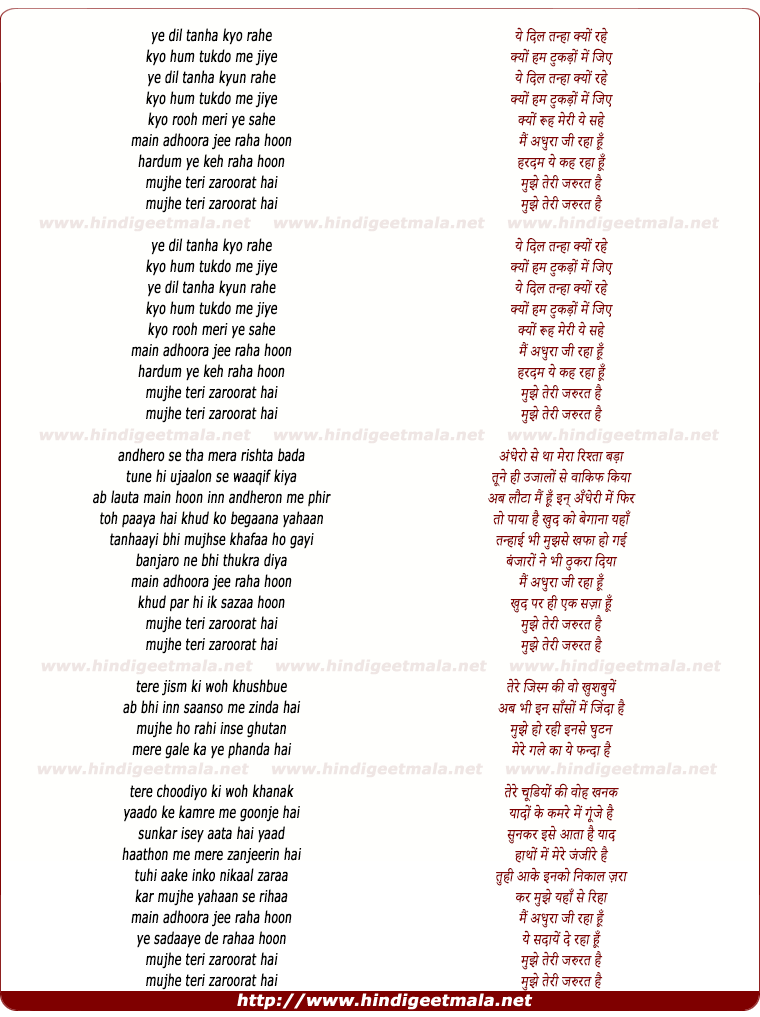 Comments on song "Zaroorat"
anna mee on Sunday, June 29, 2014
This song reminds me of the saffola oats add, that kyun hum tukro mein jiye
and mein adhoora jeen raha hu mujhe saffola oats ki zaroorat hain. but this
song is very melodious.but this song's first line is copied from a famous
music i think so..﻿

Daniel on Thursday, May 29, 2014
this movie is on beast mode when it comes to songs so far. love them all
honestly. A lot of meaning behind them especially for me. looking forward
to the movie itself.﻿

kavesh khanna on Friday, May 30, 2014
amazing work by Mithoon a wonderful album with all the songs amazingly
superb with meaningful lyrics and soul shaking music .woaaah can't wait
for the film .﻿

Nida Zafar on Friday, May 30, 2014
For some reason this song reminds me of "ab naam mohabbat ke ilzaam tou
aaya hai" from "Ghulam"

Loving all the songs from this movie so far <3﻿

Shimin Shamim on Thursday, May 29, 2014
Love the music of this song, and the lyrics are so heart-melting. The best
part of the movie are the songs, and sid-shraddha chemistry...﻿