Average Rating : 4.59
Total Vote(s) : 34
Please rate this song between 1 star and 5 stars (5 stars being the best). Just move your mouse on the stars above and click as per your rating. Your rating will really help us to improve our website. 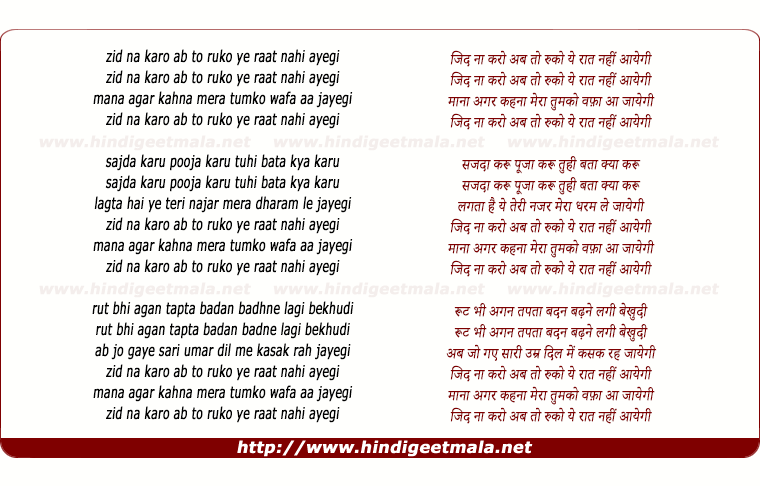 Comments on song "Zid Na Karo Ab To Ruko (Male)"
sheju g on Thursday, June 05, 2014
Those were the Golden days of hindi music industry, now a days the songs
from bollywood are utter crap. What a singer is Shri Yesudas , he is
really the celestial singer.﻿

krishnan on Friday, May 11, 2012
when bappida change his track towards creativity he delivered gems to hindi
film music.excellent singing by dasettan (yesudas fondly called in kerala)

dubbooman on Friday, October 16, 2009
one of the best songs by the great yesudas, i just love the way he singsin
this song ,the way he plays with the ''sur'', making it so melodious