Average Rating : 4.53
Total Vote(s) : 19
Please rate this song between 1 star and 5 stars (5 stars being the best). Just move your mouse on the stars above and click as per your rating. Your rating will really help us to improve our website. 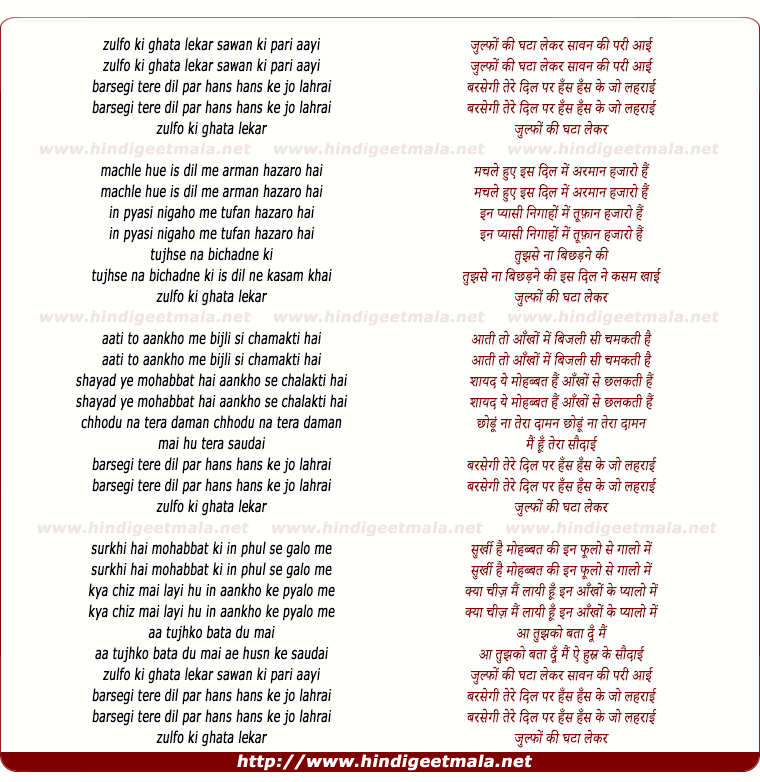 Comments on song "Zulfo Ki Ghata Le Kar Saawan Ki Pari Aayi"
rumahale on Thursday, August 02, 2012
I am not exposed to this song much, though might have heard it casually.
Now I find the star faces. I have also not heard about Babul - somewhere
read it as Babul Bose. Thank you for one more Saawan Geet presentation.

rumahale on Thursday, August 02, 2012
Thanks for the positive response. There is correction on name of the Music
Director - learned viewer and my friend "srinivasanchanniga " has mentioned
it.

Srinivasan Channiga on Thursday, August 02, 2012
MD's full name is Bipin Babul - not Babul Bose. He has given good music in
films like 24 Ghante, Raat Ke Rahi and Chalis Din.

crazyoldsongs on Thursday, August 02, 2012
this song was very often heard on vividh bharti but not heard about the
movie or its star cast . ! thanks for liking .

crazyoldsongs on Thursday, August 02, 2012
i have mentioned the full name of the composer as suggested by you sir !
thanks once again for the info !