Video of this song from youtube
Average Rating : 4.15
Total Vote(s) : 484
Please rate this song between 1 star and 5 stars (5 stars being the best). Just move your mouse on the stars above and click as per your rating. Your rating will really help us to improve our website.

immigrantking on December 21, 2009
So amazing...
I've been looking for this song for two days as I'm Arabic and the only thing I remember is the two actors saying 'Julie Johny'. I checked many Mithun films to get this song.
Once I started listening, I got back more than 15 years to those beautiful days.

mrprisoner007 on December 27, 2009
hi dear, thanks for uploading this song. You know i was very very younger on that time ( in my primary education) when i saw this movie and sometimes in my thinking it was remembering to me as my old golden memories. now i am doctor and practicing and a family with my wife and kids. thanx bro for uploading it.
pratapvh on January 21, 2010
hii its pratap vj i jst lvu dis..i hav performed on dis sng wit ma frnd sanjana nd d performance was so nice ma principle hav hugged me.
fareeeha on February 03, 2010
its such an energetic song
xteena82 on February 04, 2010
really its a great song...mithun da 's dance is just tooo gud.
brijesh50 on February 05, 2010
Any Guess on who the singer is?
Annu Malik

Brijesh Gadhiya on February 05, 2010
Any Guess on who the singer is?
Annu Malik 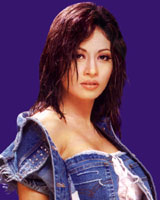