Video of this song from youtube
Average Rating : 4.43
Total Vote(s) : 58
Please rate this song between 1 star and 5 stars (5 stars being the best). Just move your mouse on the stars above and click as per your rating. Your rating will really help us to improve our website.


Comments on song "Tera Mera Saath Rahe"
peucort on February 06, 2008
Beautiful song. What film?
Gaby Poulain on February 07, 2008
SO LOVE THIS SONG...
jkenhar on February 20, 2008
Very nice song by lata on nutan.
jindery on February 27, 2008
film : Saudagar Year : 1973 actor : Amitabh and Nutan
gbolagun on February 29, 2008
thanks for sharing. great song in its time & still evergreen. one of the
best lyrically strong & emotionally driven songs from a good movie. one has
to love this song. thank you bollywood bcos we love this song in nigeria.
cheers.

sonny19xx on March 13, 2008
Thanks rajshri. A favorite of vividh Bharti. I think the music is by
Jaidev. If it is Jaidev then the songs have to be good. There is also a
great song by Kishore in this movie.

Gati Patra on March 24, 2008
Only Ravindra Jain can compose such lilting folk lore where the composition
is just haunting. Kudos to Ravindra Jainji

danger963 on April 05, 2008
beautiful words in this songs.beautiful song.
satyajit2007 on April 06, 2008
This is called absolute beuty..ravindra Jain is just awesome
thumbappoo on April 16, 2008
This song encourages me to fall in love again and again... Wat lyrics!!!!!! I simply love it...
Sanjay Shende on April 23, 2008
hey, does anyone have the video of another masterpiece from the same movie
"har haseen cheez ka main talabgaar hoon" ? If so, kindly upload it, I just
love that song.

imranakhtarawan on May 12, 2008
I like this video and lata Mangeshcar took much.
nkp777 on June 01, 2008
This voice is above all the male or female voices.Melody, low and high
pitch, deepness,clarity, vibrant,sweetness and what not. Wonder of the
world.

Javid Qadri on June 03, 2008
God bless the person,who has uploaded this.
Anita K on June 08, 2008
Could sum1 tell me what film this is from please??? :) :) lovely song!
teringkit on June 11, 2008
luved tis song since young and when i saw it here i was so happy. Yeah like
thumbappoo said really felt and luved to be luved by someone but then
... broke my heart to see later on that Amitji was two timin Nutanji is
tis movie. Here she is singing her heart out for the man she luves and wat
is her man doin!! tis is really indeed real life. Where 1 person luves the
other endlessly and the other,well.. so sad. now i don't feel like and
want to be in luv. its scary.


Naz S on June 14, 2008
A very beautiful tune, and an wonderful movie. Can someone please upload
the movie?... Thx much obliged ;o)

Haroun mahamat djamal on June 17, 2008
Une très belle chanson Indienne de NUTAN.
jbsvvr on June 17, 2008
tera mera sath na raha but i was still feeling u with me each pal nice song thx far that buddy good luck.
ujalavishnoi on June 26, 2008
this movie as wel as song is just fantastic and shows who so ever doesnt care fr true luv have to bear the consequences and hurted by some one is far beter than hurting some one whosoever hurted dont loose hope as u were the person who felt this pure and true feeling fr some one and who didnt bothered is who lost nt u
Haseena07 on July 12, 2008
o my gosh, i totally understOOD WHAT U SAID.
himrak on August 16, 2008
I once met Nutan in a flight back to India..it was just 2 years before her death at the age of 50 or so...to this day I have not seen a more beautiful woman!
Das1600 on August 21, 2008
The second worst film in bollywood history
(1=Kya dil Ne kaha)

tapannanda on August 23, 2008
Dude you dont know the meaning of a good movie. Please keep your thoughts with you and dont pollute the public forum. This movie is a masterpiece...
vikash chandra naithani on August 24, 2008
I love this song. Great one.
qureshirah on August 25, 2008
I'm not Indian but I love watching Hindi films as they are entertaining & filled with human values.

Unfortunately people write shocking comments. May be they write whilst in bad mood!

This song & its meaning are blissful; please take it in for a moment.

Late Nutan was the winner of Miss India & 5 times winner of Filmfare Awards, which still is the highest won by an actress.

It's not for me to say for your most talented World Super Star Amitabh.

Posted Video is just spectacular! Thanks


bani kevin on August 25, 2008
so many nasty things been wrote in here about this movie..I like to say
onething about nutan ji...yes she was so beautiful and innocent looking and
I still adore her...This movie may be a flop but I have learned so much
about life from this movie and as a man I will not what the saudagar did to
innocent looking hard working devoted woman..It is not about amitabh or
nutan but it is about the characters of the movie and they both live in my
mind and especially this song of lata ji..unforgetable

hallabol27 on September 02, 2008
d movie did set a different platform for every1 who understands depth of
gud film n d song itself was so purely driven by simplicity .yes thats i
call masterpiece!

jhsh1234 on September 04, 2008
aahh this makes me feel all lovey dovey inside, i love this song
vikash chandra naithani on September 06, 2008
This is your standard shows in your comments Mr. Dass 1600
vikash chandra naithani on September 07, 2008
really i can listen this song again and again and i do
avinashbp1 on September 17, 2008
at least it s natural and goes with the flow unlike the new movies where they spend the whole time dancing and moving--which im sure they needed to have practiced for hours to even get those moves in place. highly unnatural I must say. The old ones make more sense.
gabrujawan64 on September 19, 2008
music by ravinder jain. i guess he also wrote this song. correct me
Ravi Gokhale on September 23, 2008
This is devine.Many thanks.
honibeeblue on September 24, 2008
can anyone tell me the name of this film ? and thanks to the person who put this on line ..cheers mate
sadadosa85 on September 25, 2008
saudagar..

privatehigh on September 27, 2008
What a divine voice Lata has. She simply puts life into her songs.
vish2254 on October 03, 2008
Lataji ka awaaz wa it never fails to amaze her listerns the nightangale of
indian the eternal queen of melodies brought o life by the undisputed queen
of hindi cinema Nutan Behl only actress to win six filmware awards Nutan
one of the most beautfiul and talented actreess.

bijayabrahma on October 05, 2008
Pure nostalgia.. Grown up listening these songs on AIR. Listening this
song today instantly connects to our childhood memories. Many thanks from
bottom of my heart for taking me back to my childhood days.. Thanks
again..

ABDULAZIZ SHABAKOUH on October 26, 2008
i think kajol is more beautiful than her mother .. regards from kuwait ..
tomsharma on October 29, 2008
This is Nutan...Kajol's mom's elder sis.
aishashiraz on November 10, 2008
hi can someone find a old song for me. the name of song is "tum samney bhaith raho"thanks
abdul waheed on November 14, 2008
It was a beautiful song. Listened after a couple of years. thnaks to
Rajshri for posting it.

vish2254 on November 15, 2008
I can't stop listening to it lataji's voice and nutan looks it simply
beautiful 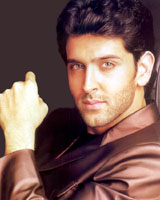