Average Rating : 4.53
Total Vote(s) : 17
Please rate this song between 1 star and 5 stars (5 stars being the best). Just move your mouse on the stars above and click as per your rating. Your rating will really help us to improve our website. 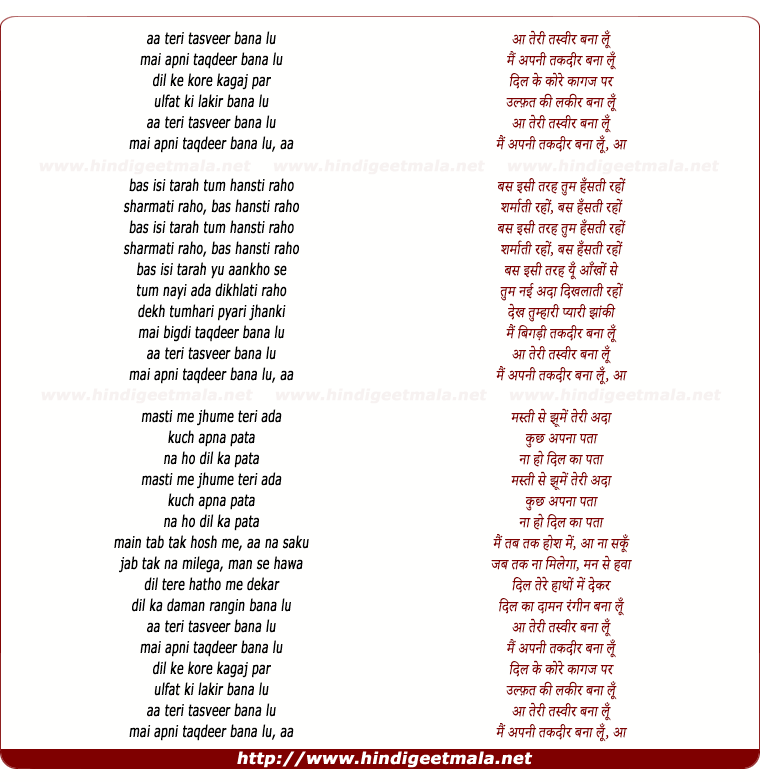 nickkohri on Thursday, July 30, 2009
This is the 78 rpm recording. It is entirely different from the soundtrack recording. The musical arrangements, lyric stanzas and singing styles differ greatly from each other in the two versions. They are almost like two different songs.
Chandrashekhar Gupta on Wednesday, February 01, 2012
Talat Mehmood on Dev Anand, with Madhubala in the frame, in Naadaan (1951).
P L Santoshi's composition tuned by Chic Chocolate (real name: A.X. Vaz).
The sad and slower version of this number was uploaded on 01 July 2009 by
mushmax.

Chandrashekhar Gupta on Tuesday, April 07, 2009
Music director of this 1951 movie is Chitalkar ("C.") Ramchandra. His nick
name was "Anna", not "Chic Chocolate" as mentioned under "Information".

Shrikant Talageri on Tuesday, April 07, 2009
A beautiful song, and thanks for uploading it. I didn't know it was by a
music director with such a hilarious pseudonym.