Video of this song from youtube
Average Rating : 4.28
Total Vote(s) : 80
Please rate this song between 1 star and 5 stars (5 stars being the best). Just move your mouse on the stars above and click as per your rating. Your rating will really help us to improve our website. 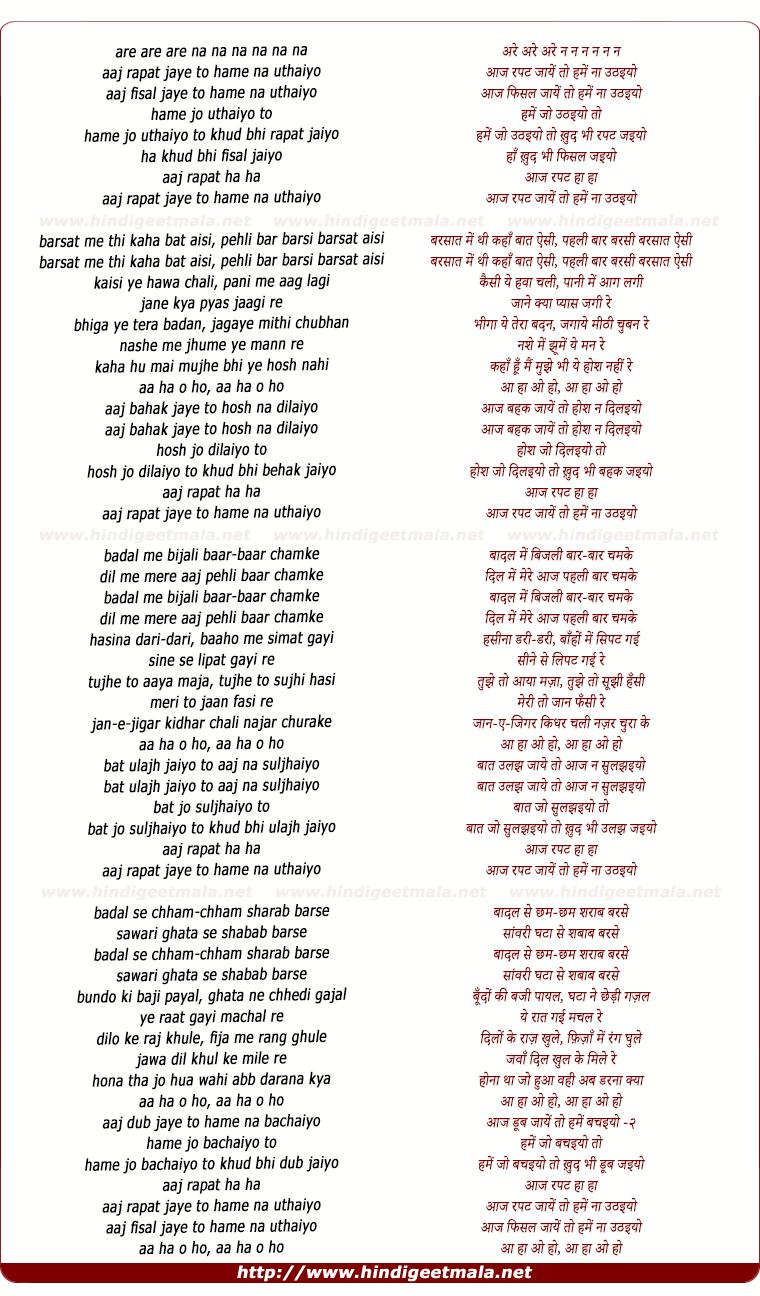 Comments on song "Aaj Rapat Jaaye Toh Hame Naa Uthaiyyo"
Prince Charm on Thursday, April 04, 2013
Thanks for song! one of the best rain song, cant believe Bappi gave the
music, once his life time even a crappy music director give some good
music. Also noted that Smita Patel didn't wants to do the rain song, but
after lots of convincing she agreed, she was basically very shy and serious
actress, she never did any vulgarity in her career, she told in one
interview that she was ashamed of this song, it was evident from her
shyness in this song.

yourcharlie on Thursday, April 16, 2009
Oh my days i was searching for this tune.. did not remember film nor the
title, just remember used to listen to it when i was a kid and did a search
on AB tunes, just watched out for the singing in the rain..took me 25mins!!
worthwhile it, happy days - thanks for posting.. aaj rapat jaye toh..

The Channel on Friday, April 20, 2012
Timeless. Can't touch this. One of my all time favs. ..the lyrics
just blow me away.I'd love to do a modern day cover with a beautiful
woman to this song...Zzzzzzzzzzz dreamzzzzzzzz