Average Rating : 4.30
Total Vote(s) : 2132
Please rate this song between 1 star and 5 stars (5 stars being the best). Just move your mouse on the stars above and click as per your rating. Your rating will really help us to improve our website. 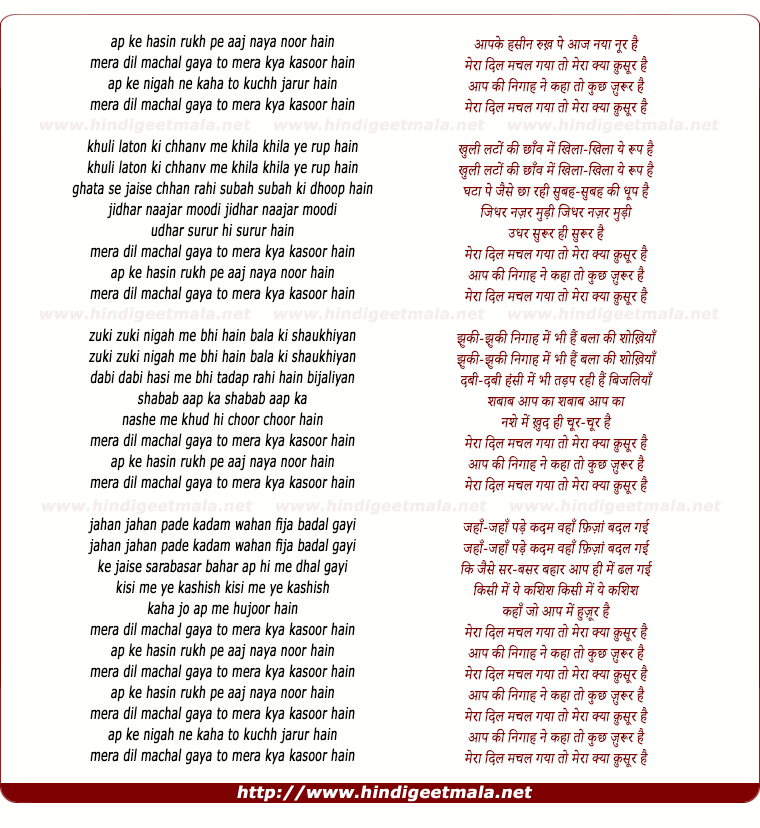 vaadaenmacchi on Tuesday, April 10, 2012
well said but do give credit to op nayyar too! also i think rafi always
saved his best for dharam because he was his fav actor.

Rajeev Joshi on Saturday, December 21, 2013
A golden oldie. Both in the words of the song(O.P. Nayyar) and how it is
sung(Rafi). Tanuja and Mala Sinha are of course dressed and made up as best
as they can be, and there is chikna Dharmendra to accompany them.
ANDDDD... even after the song ends, the two ladies do not know about whom
Dharmendra is speaking. (NOTE: Mala Sinha is present again in a super-hit
song.)﻿


VINOD REDDY on Monday, September 22, 2014
heroine at 041 mnts is gorgeous and i m telling u , no kareena , katrina or
anushka are eligible to even clean her house as a maid. Such decent
costumes n wonderful feelings.now a days heroines are not wearing
anything more than 2 pieces of ribbons﻿