Video of this song from youtube
Average Rating : 4.36
Total Vote(s) : 64
Please rate this song between 1 star and 5 stars (5 stars being the best). Just move your mouse on the stars above and click as per your rating. Your rating will really help us to improve our website. 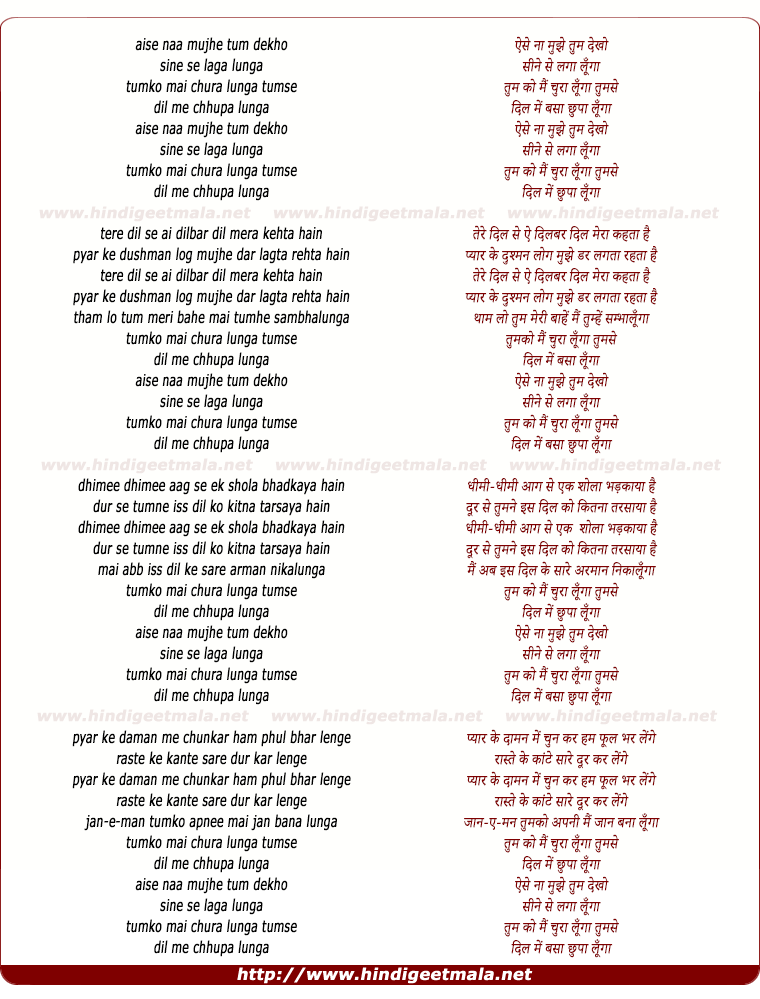 Manish Chauhan on Saturday, January 22, 2011
my goodness what a vesatile singer kishore da was. brilliant and amazing
controll over the voice. hats off to kishore da we salute to u .

Shobha Nivas on Saturday, July 05, 2014
though I like the song but theres some unhappy things were coincedently
related... I HAD to... ﻿

Gurudutta Pawar on Wednesday, January 23, 2013
Not sure, why Jeevan can't shoot Dev Anand with gun in his hand, it's
hilarious to watch the comedy. Undoubtedly the worst picturised song. If
Kishore Kumar would not sing this song I would not even watch the video,
great Song