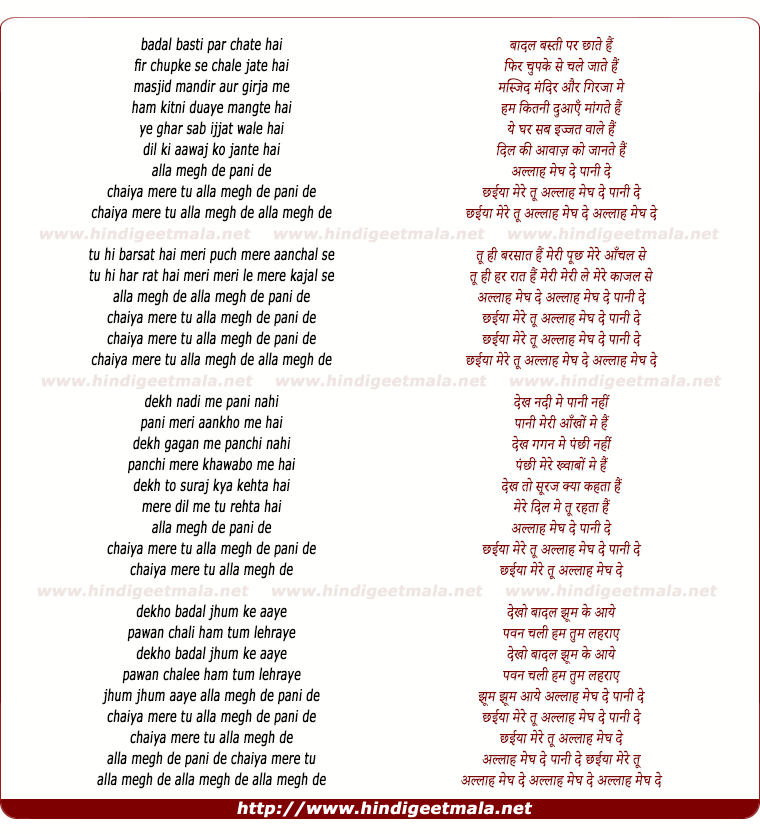 Riyad Mahmud on Friday, September 14, 2012
i am a Bangladeshi,i am hearing this song from my childhood,now i hear this
on my fav singers vocal--the legend SHAFAQAT .salute :)

Satyajit Ray on Sunday, June 12, 2011
@iamanwer Jasimuddin hails from Faridpur region, not Brahmanbaria region.
JustAStoner on Monday, June 13, 2011
@princess2010tai the song that doesnt exist because you did not find it
View all 14 comments related to song Allaah Megh De
Popular Links on HindiGeetMala