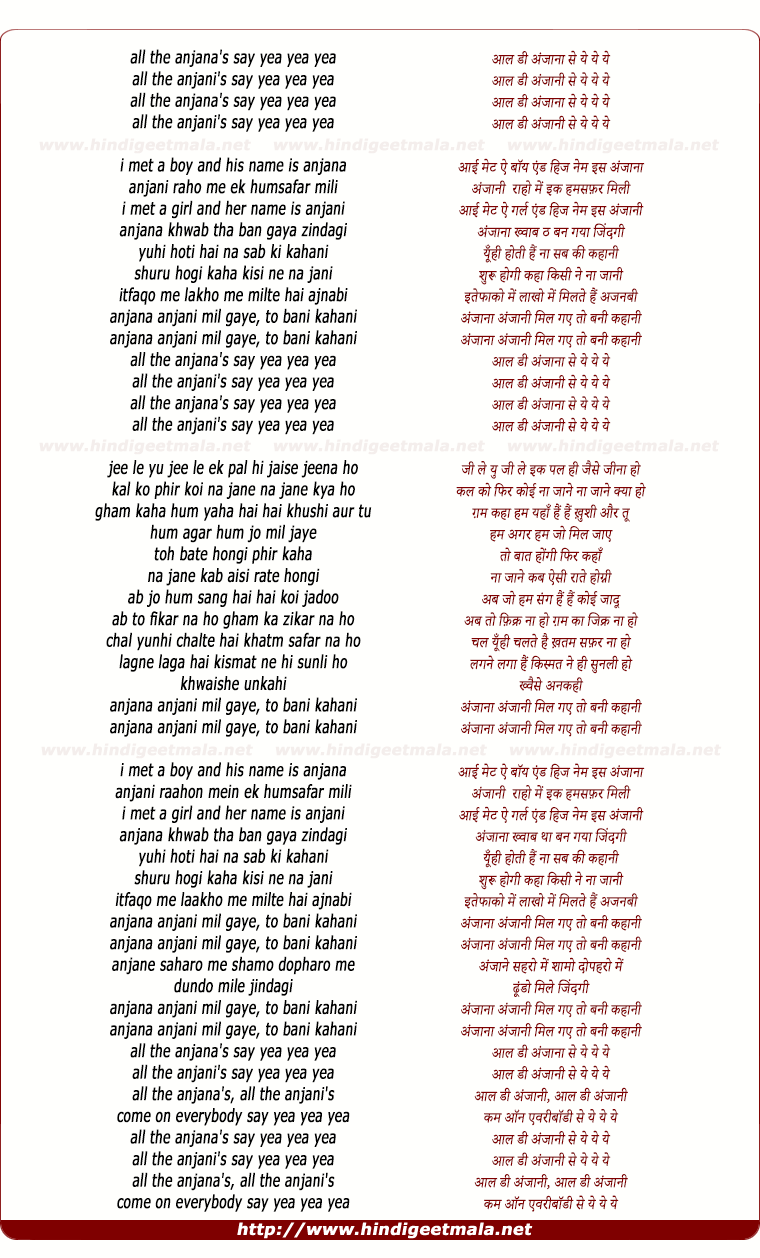 Comments on song "Anjaana Anjaani"
ameyabnair on Tuesday, November 09, 2010
@BokuNoMure wow dude, we women don't talk like that.. we usually are fight for what we believe in.. it is true that the older generations didn't do it and maybe u think that women are weak because in Islamic countries women are treated that way but realy women aren't like that... maybe he doesn't like arabs because u speak like that and because u have a bad attitude so try to change ur attitudes.. and i'm a woman
xcherry6001 on Saturday, November 20, 2010
@ameyabnair
freedom? HAH. India has the second highest female mortality rate in the world, so if you really want to know about the "freedom" that women have in India, search up "women oppression in India" on google and click on the first site. Does Sati or Female Infanticide ring a bell?

zuza421 on Wednesday, August 25, 2010
@sheeqchick anjaana and anjaani mean stranger. anjaana is like the male version whereas anjaani is female.
thats wat i knw about the words dont knw if there is anything else to it tho :S but the movie is about strangers so i guess its right?! haha

1kash123 on Thursday, September 09, 2010
Ranbir Kapoor is such a daddy's girl. daddy bought his stardom. He has a
pretty girl face - chakka. In my opinion ofcourse. His acting in 1st movie
was so horrible, but ric daddy's boy gets another chance unlike the regular
hard struggler.

taxfreebusiness on Thursday, September 30, 2010
top contest ..
how many time priyanaka weared that small chaddi in movie to prove she is size zero ?
is kareena weared it more time than priyanka ?
how may times in future ranbir (rose lips female boy) will show his female like body ?