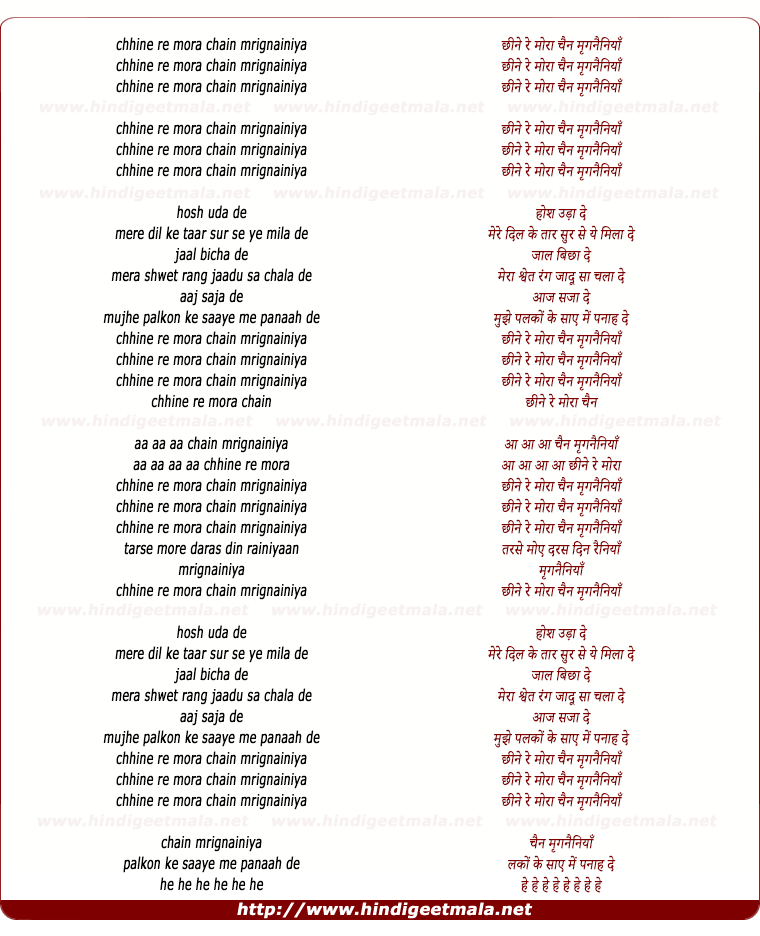 Comments on song "Cheene Re Mora Chain"
Vinayak Dev on Tuesday, October 01, 2013
It sounds as if I gave you the impression that I don't like the fact that
he didn't stick to pure Jog! That's not the case though. It's a fusion
piece afterall! I would've searched and listened to some classical stuff if
I wanted to, but the fact that I'm listening to this shows that I'm not
here to listen to pure classical.. I agree with what you said! All I was
doing is pointing out that it wasn't 100% based on Raag Jog as Mr. Joshi
implied..

Neel Solanki on Tuesday, October 01, 2013
Well yes, in such fusions, the artists do take a few liberties to enhance
the effect, instead of strictly abiding to every rule of the raag, which
may be why there are hints of the essences of other raags. But that is the
beauty of it! And who better to perform it than the great ustad rashid Khan!

Krishna Sharanam on Sunday, September 07, 2014
Indians must recognize appreciate and acknowledge the Greatness of India's
Ancient culture right from Vedic times, and do everything in their power,to
sustain and pass it on ,unadulterated,to its coming generations,for this
alone is India's true Wealth, & Contribution to the world !!!﻿

Chakri Vinjamoori on Saturday, September 07, 2013
very good compositions in the episode. The only issue I have with the
episode is with Salim Merchant's singing. I was getting a feeling he was
forcing himself into most of the songs. 8.5/10 to the episode just because
of that. Otherwise a 9/10