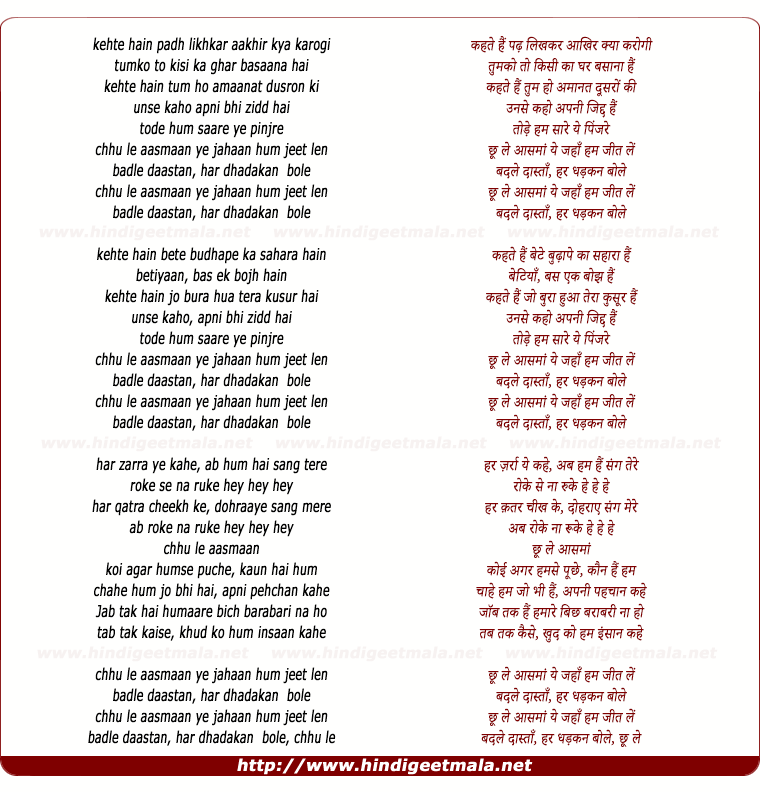 Comments on song "Chule Aasman"
Thor on Thursday, September 25, 2014
We need to empower MEN as well. Every year 63 K men are being killed by
greedy and vengeance filled women. Dear men be brave, you always fought and
sacrificed your life's to protect this country and these women. Now its ur
turn to fight for your rights. Lest fight for true equality. Lets fight for
whats ours.All men come together with your mother, sister and friends, Lets
destroy the evil of false cases. Lets destroy this culture of extortion of
money. MEN are no more ATM's. Lets make true equality, let women and men
earn their own income even after divorce. No alimony no single parenting.
No reservation system. We are humans lets be humans, Gender should not make
any difference in hard working and earning money. Don't make divorced women
lazy by giving them free money on name of alimony. Let them work to earn
their own food. MEN do job, Women do job, no free money, no alimony, no
dowry, Men and women should get equal share of property from parents, Man
should not have right on women s property and women should not have right
on Mans property. Lets change this gender biased world. Lets discover a new
world. TRUE EQUALITY﻿

guru gill on Friday, October 17, 2014
koi agar humse puche kon hai hum
chahe hum jo bhi hai , apni pehchan kahein
jab tak humare bich barabri na ho..
tab tak kese khud ko hum insaan kahein.. :)
great message for all of us..help women help them to make their dreams come
true.. and tell them they are not less than anyone..they dont need any
help..all they need is a sence of understanding that they also have a equal
right to live their dreams... like boys do... respect women once again
great song and message :)﻿

Dan Tejas on Wednesday, October 01, 2014
such an inspirational song , i think music industry should grow beyOnd film
industry in india were films are runned by thr popularity of the sOngs they
make its like selling ur own tAlent to films hero or heroin in the films
they act nd pose like they did it all by thier own its easy to do but the
real thing is u r giving ur fame and everything to films...﻿

Aniket Sen on Wednesday, September 24, 2014
and then there are people like go go funny thing..who create noise in
the name of music...no depth, no personification of music..and absolute
waste of life...

Aniket Sen on Wednesday, September 24, 2014
to discover such initiatives on the very day when MOM marks its
success.what a day...a complete bliss.and bless you for such a
selfless benefactoring initiative..﻿