Video of this song from youtube
Average Rating : 4.15
Total Vote(s) : 184
Please rate this song between 1 star and 5 stars (5 stars being the best). Just move your mouse on the stars above and click as per your rating. Your rating will really help us to improve our website. 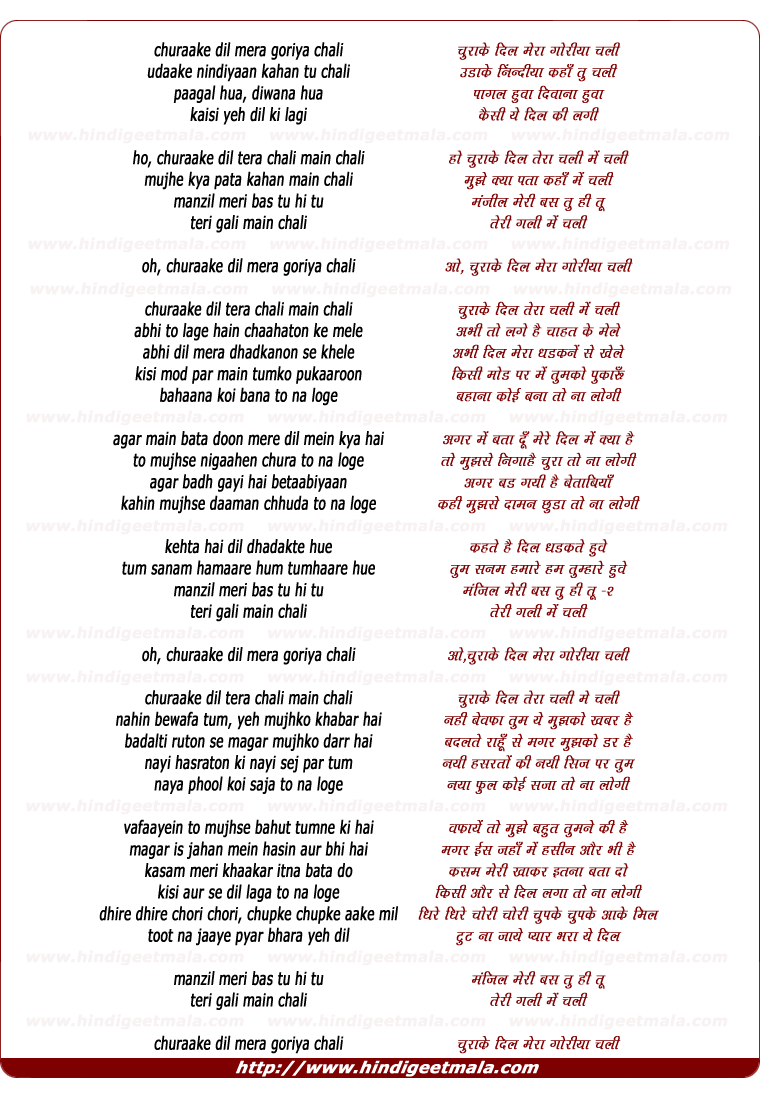 1. Shilpa and Kajol, be it sisters again or rivals or friends.. does't matter.
2. Juhi and Madhuri together... will never be true, i know!
3. Aamir and SRK.. Doubtful again!
4. Akshaye and Raveena again.
5. Bobby and Twinkle Khanna
6. Ayesha Jhulka somehow... Please come back!
7. Karishma and Urmila.. The other set of silent contemporaries
8. Aishwarya and Sush..

percare2202 on Saturday, June 06, 2009
Everyone has their taste..you might hate this song but some others
like it and also it is maybe because you are not indian so you dont
actually understand the meaning or the concept of it. even if you read the
subtitles it does not mean you are getting the right stuff..cause
sometimes you just cant translate some stuff..

Tejinder Teji on Tuesday, December 07, 2010
Female singer is absolutely one and the only Alka Yagnik. Alka Yagnik,
itself a name of recognition. We can compare someone with this melody
queen, but not to herself with someone who hardly sings any songs for
bollywood i.e Hema Sardesai hardly sangs 1/10th of what Alka Yagnik sang
for bolluwood. Hope you understand now.

naweed hassan on Tuesday, March 10, 2009
yes he is a great singer but kumar sanu's voice is more powerful akshay
kumar 's shape is more manish than others and his character, kumar sanu's
voice suits him alot that is the first proof and for sonu amir khan and
shah rukh khan suit altough for kumar all singers suit i also respect sonu
and his talent and voice

submissions72 on Friday, March 25, 2011
@ravisharmadmc What is happening to our culture? Why can't go back to the
way people used to dance and make music?? Now all you see in Hindi movies
is fake hair color, and fake blue eyes..and fake yellow eyes..fake blue
hair..ALL kinds of garbage...I hate it :(...