Video of this song from youtube
Average Rating : 4.50
Total Vote(s) : 416
Please rate this song between 1 star and 5 stars (5 stars being the best). Just move your mouse on the stars above and click as per your rating. Your rating will really help us to improve our website. 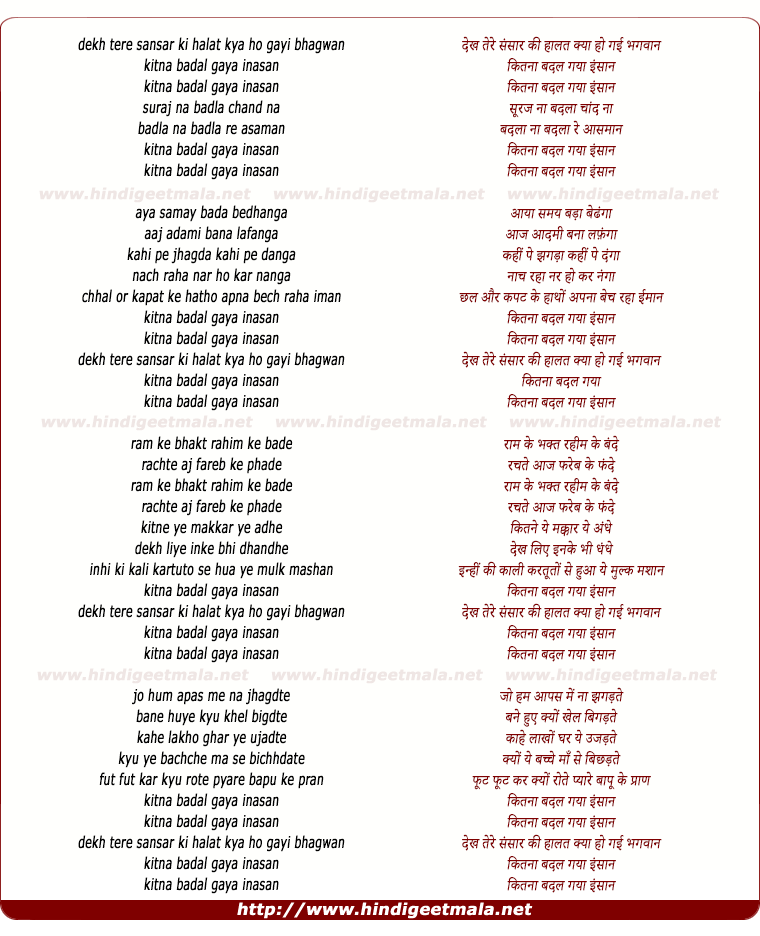 radil505 on Thursday, May 23, 2013
This song was relevant in the 1950s when it was made, and unfortunately it
is relevant even in today's India.

Rajesh Kochhar on Wednesday, July 18, 2012
The song was first offered to Rafi, but he refused to sing it.
DecentPunk on Saturday, November 20, 2010
these lyrics are the blueprints of feelings at dat time in d mind of its writer after seeing dis world fighting for such valueless things and are as same as d present condition of our world..in search of hunger or power we r forgetting dat our forefathers believes in love ,sacrifice n now we r in search of money,lust n luxuries...shame on us.love dis song...beautifully sung
Naresh Bist on Friday, February 06, 2015
Good song = नरेश जंग बिस्ट = निरा बिस्ट = निरजा = नित्या = निशा = निरज जंग
बिस्ट = नेपालगंज = नेपाल ﻿