Video of this song from youtube
Average Rating : 4.49
Total Vote(s) : 117
Please rate this song between 1 star and 5 stars (5 stars being the best). Just move your mouse on the stars above and click as per your rating. Your rating will really help us to improve our website. 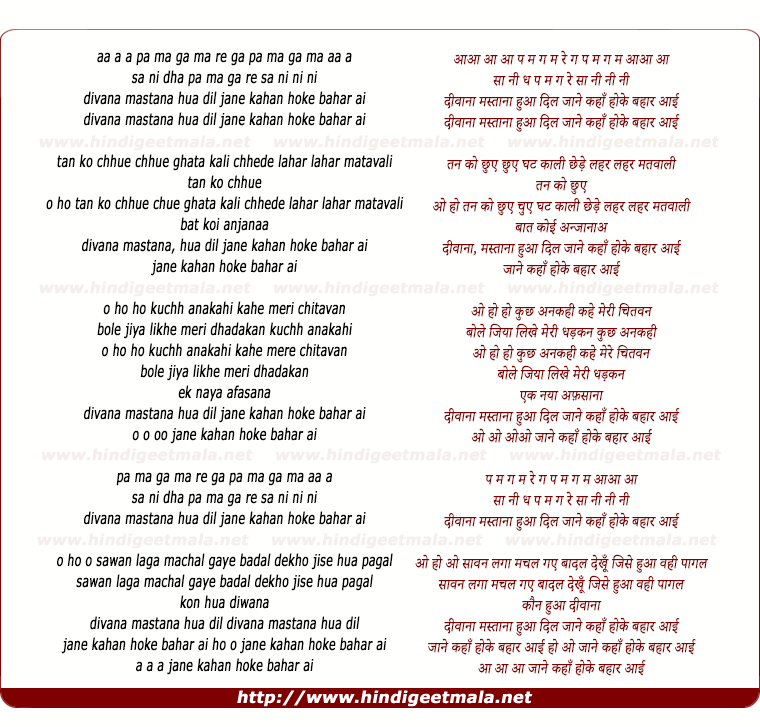 Suchitra Sen, born on 6th April, 1931, a brave woman who kept hiding lot
many wounds within, as said by her very close friend, has departed the
journey of her life for heavenly abode, today, 17th January, 2014, at 8.25
am, after being treated in Hospital for past one month...

Khemraj Kala on Monday, June 03, 2013
a fresh song with refreshing memories and perhaps after decades also would
be evergreen master piece.. can such composition be termed as an old song?
i don't think so... simply superb.

RatRaceAce on Sunday, June 20, 2010
Great song. Why is the name shown as "taan ko mere"? Should be "deewaana
mastaana". (Does the name refer to "tan ko mere" in the first stanza?)

99farooque on Wednesday, December 28, 2011
let me who are two people don't like this song, they may be unkown to soul
of music, very nice songs thanks for uploading.