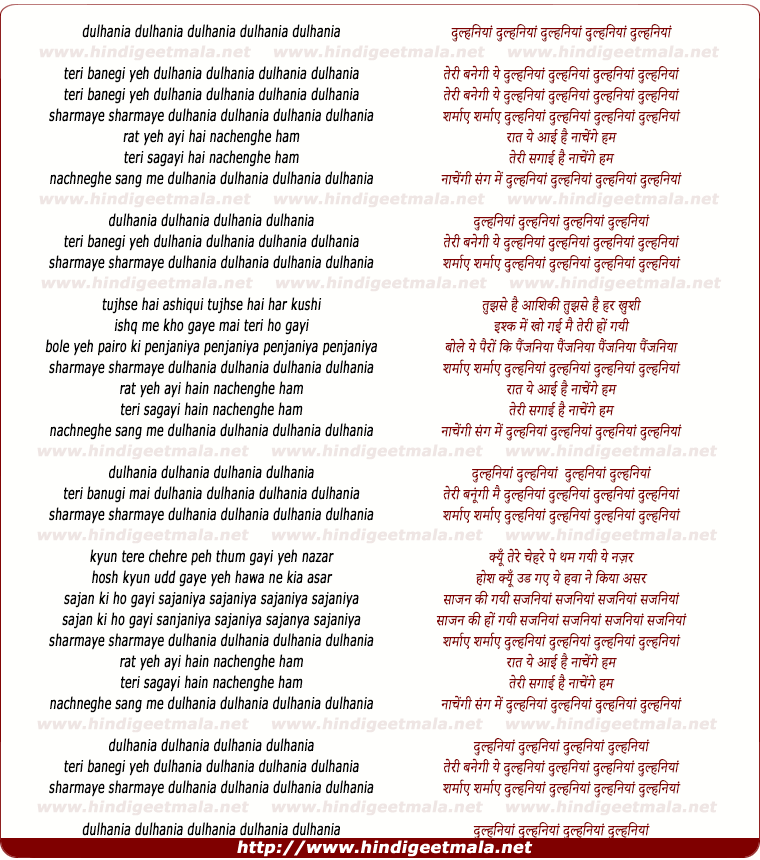 Comments on song "Dulhania Dulhania"
bollylove90 on Tuesday, May 05, 2009
i love this song! it's a beautiful movie with great cast, especially bobby and akshay. it's always good to see both together on-screen. it's definitely a story in which everyone should learn something about.
Salma Ali on Friday, June 26, 2009
This song is from the movie Dosti : Friends Forever i totally recommend
this song but make sure you sit and watch this film with a box of tissues
:) this song is tottaly so good

blingstababe on Monday, December 14, 2009
Just in my opinion Kareena isn't like a Dulhan in this song especially when
the songs on Dulhans but shes very pretty. I also think Bobby's performance
awesome is this song.

omary6190 on Sunday, November 29, 2009
yeah i dont lyk it too. it made me cried... oh god what a great movie i
have ever seen in Bollywood. even Hollywood's dont have something similar
like that

Seesee971 on Sunday, October 11, 2009
the boy karan and raj were best friends since childhood and raj died of lukemia i think i have the movie im not sure wat he died with it but i no raj died
View all 92 comments related to song Dulhania Dulhania