Video of this song from youtube
Average Rating : 4.41
Total Vote(s) : 232
Please rate this song between 1 star and 5 stars (5 stars being the best). Just move your mouse on the stars above and click as per your rating. Your rating will really help us to improve our website. 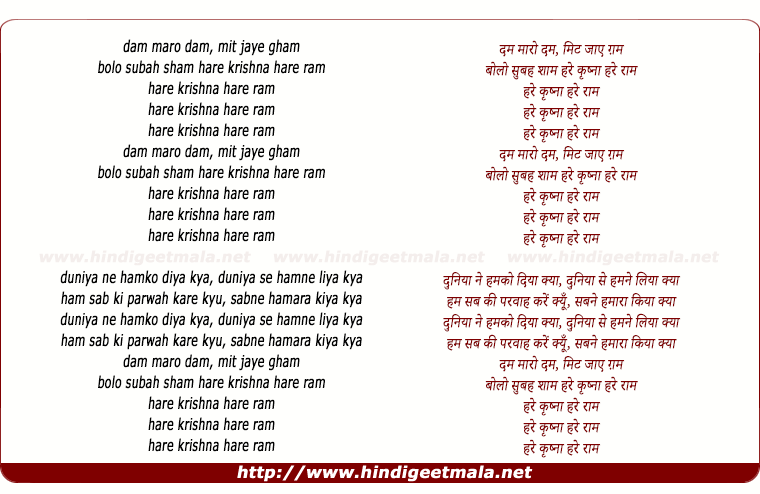 Zeenat... and.. Hema.. still my dreamgirls..and of coarse the WIFE.THANKS for posting..

oldvat19 on Monday, December 27, 2010
its not a song about getting high.
its about the wrong in using god and religion as an excuse to get high,
which these "hippies" are doing in the movie
the guy who starts singing says to them not to call god's name in your sinning