Video of this song from youtube
Average Rating : 4.58
Total Vote(s) : 67
Please rate this song between 1 star and 5 stars (5 stars being the best). Just move your mouse on the stars above and click as per your rating. Your rating will really help us to improve our website. 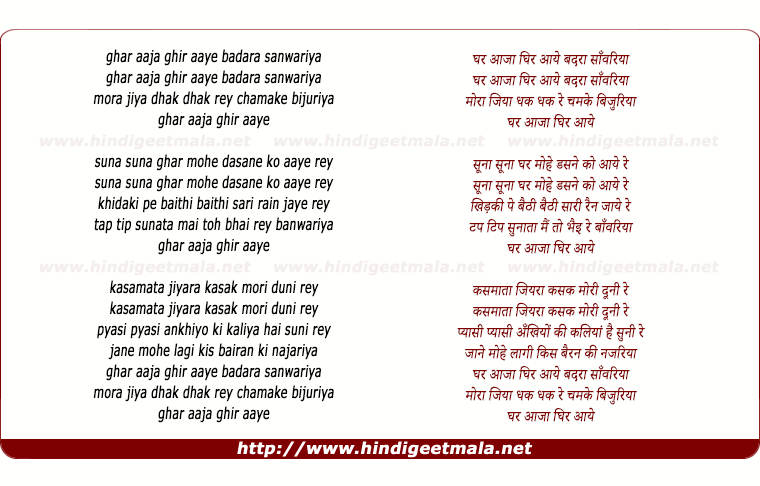 Madhu90210 on Friday, October 24, 2008
It is not surprising that Mehmood was the lead actor in this movie since it was a home production. I don't know if this was his first movie as a leading man or not but he has had a few. In fact some very nice romantic songs have been filmed on him. His sister Meenu Mumtaz played the role of his elder sister in this movie. In this clip the girl crying at home is Ameeta while Mehmood is enjoying the dancing of a courtesan. She appears to be Shubha Khote who was paired with Mehmood in many movies.
aramuskguy on Saturday, January 30, 2010
The first song that R.D.Burman ever composed ( officially at least) for a
movie and it had to be Lata Mangeshkar to sing the song. One of RDB's best
compositions ever.Lata gave her best to this song , composed by the son
of S.D.Burman for whom she had already sung some immortal songs.Wonder
what Dada Burman thought of this song !


shama475 on Wednesday, September 01, 2010
yeah this was his first film ...rd burman that is...mehmood gave him the chance and sincethen he took him in every film of his...in fact he played a tiny comic role is bhoot bangla also in pyar ka mausam ...and he's hilarious in it with rajenranath.
itna khubsurat geet unhone ki compose kiya tha pehle pehal...what a genius...

sanjayd411 on Sunday, March 21, 2010
I remeber listening to this song on radio in India many years ago as a
young boy and even today it still sounds as amazing as it did then. Lata
Mangeshkar said somewhere that when she recorded this song she knew that
there was something special about the then 22yrs old young music
director...a.k.a Rahul Dev Burman.