Average Rating : 4.39
Total Vote(s) : 28
Please rate this song between 1 star and 5 stars (5 stars being the best). Just move your mouse on the stars above and click as per your rating. Your rating will really help us to improve our website. 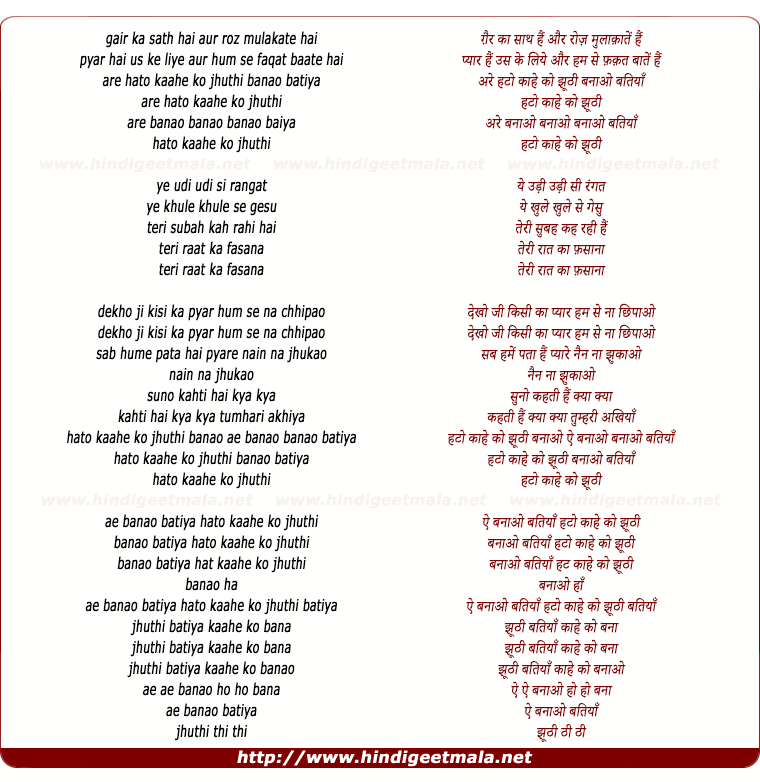 Comments on song "Hato Kaahe Ko Jhuthi Banaao Batiyaan"
kuckudk on Sunday, December 05, 2010
I like this song for its lyrics as well as the composition. Manna De is a
great singer of Indian classical music based songs. Mehmood has proved here
that he was not an ordinary comedian but a great talented actor too.

gopal sinha on Monday, October 07, 2013
The original thumari sung by ustad sharafat hussain khan is a great piece
of singing...however mazruh, s.d. barman and manna de have done full
justice to it..

Ronki sab on Wednesday, December 07, 2011
I would like to know reason for the the 2 dislikes.Brilliant composition,
acting, lyrics, direction, production . just great!

kashoo74 on Tuesday, March 29, 2011
SINCE THREE TO FOUR DECADES I WAS REMEMBERING THIS REMARKABLE GREAT SONG IN RAAG DADRA BHAIRAVI. THANX S.D.BURMAN AND ..
Sugata Chatterjee on Saturday, November 30, 2013
I fail to understand how to describe Manna Dey. Such a difficult classical
song with such ease, plain awesome.﻿ 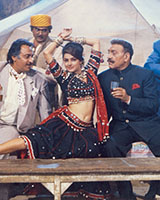