Video of this song from youtube
Average Rating : 4.47
Total Vote(s) : 43
Please rate this song between 1 star and 5 stars (5 stars being the best). Just move your mouse on the stars above and click as per your rating. Your rating will really help us to improve our website. 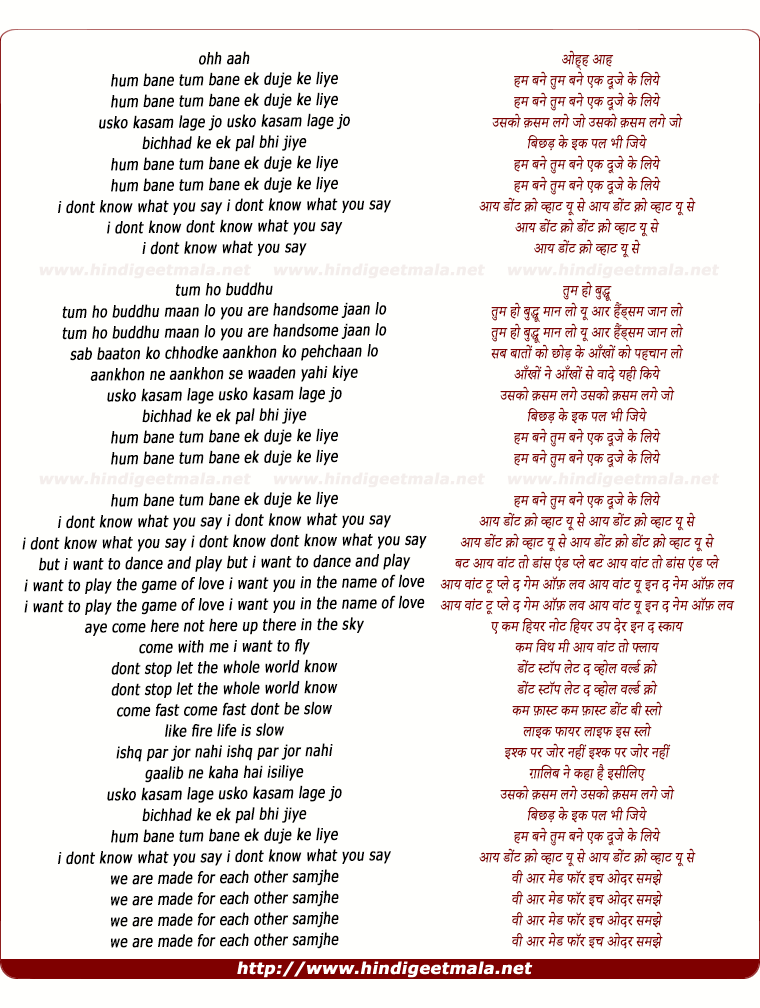 Comments on song "Hum Bane Tum Bane"
prem73 on Saturday, December 12, 2009
This movie was based on north india - south india theme. The boy is from
south and the girl from north and hence there is this communication gap of
languages they speak in the movie, and the objection from their parents.
When I saw the movie as a kid, I never understood the depth and intensity
of the story and its meaning. Later on I understood and the ending of this
movie is pretty sad where both of them die from jumping over the cliff,
very emotional ending ...

Akram Sm on Thursday, May 20, 2010
being a tamil by origin,without knowing hindi fluently,kamal hasan acted a+
in this top all time fafourite dollywood film,he is a natural talent,proved
in his very 1st bollywood film.roti ognihotri,was known as a fluent actress
at that time.their combination gave birth of a great sad love story which
will remain in the heart of the people of this subcontinant.

re53as87ni90 on Thursday, March 27, 2008
Actually this was a film about the love between a south Indian man, who can't speak hindi and a North Indian girl, that's why you hear him singing in English. It was quite a funny film actually with all the confusion of language.
ramananlv on Monday, December 08, 2008
A Real youth expression of love best done by Kamal. The Bike stunts - at a time there was no much hi tech bikes - the scenes show the love - pure love best - Only with Kamal
RamananSLV