Video of this song from youtube
Average Rating : 3.57
Total Vote(s) : 46
Please rate this song between 1 star and 5 stars (5 stars being the best). Just move your mouse on the stars above and click as per your rating. Your rating will really help us to improve our website. 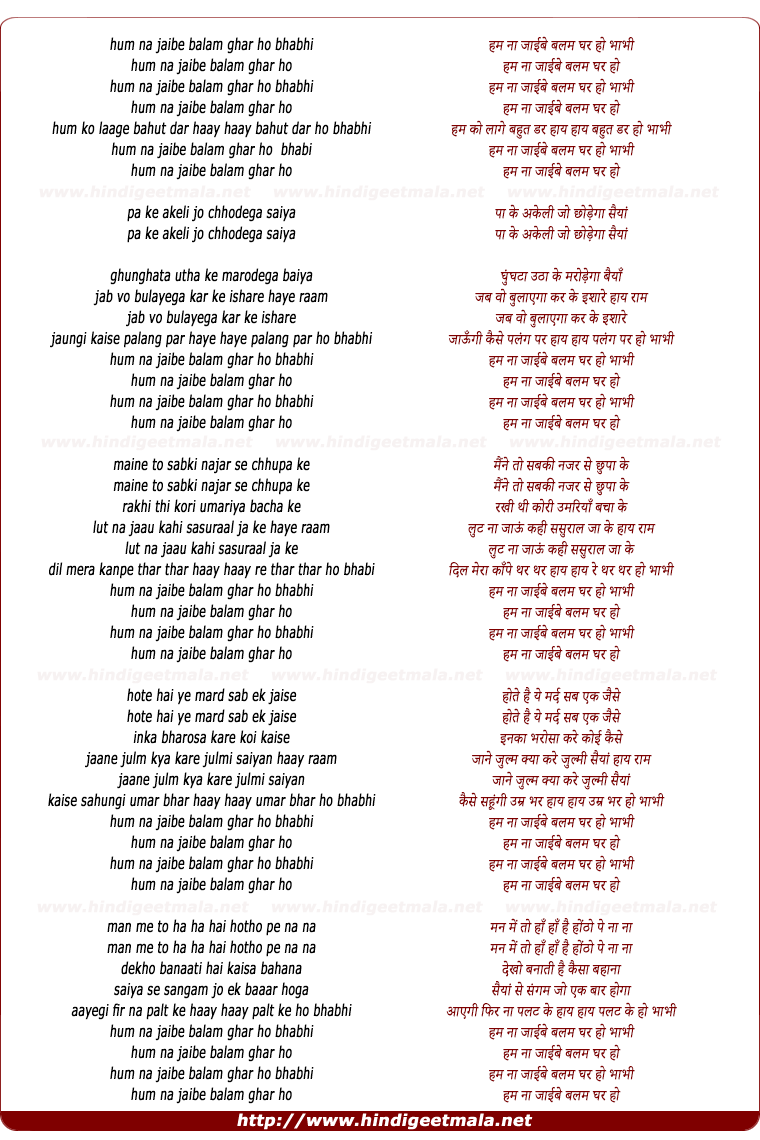 Finding me alone, he will tease me;
He will lift the veil; and twist my arm (make me do what I don't wish to).
When he summons (calls) me by signaling (with his fingers), O Ram.
How will I go over to the bed; Oh, Oh; O sister-in-law.

Hidden from everyone's gaze;
I have protected (guarded) my youth and beauty.
I might lose all I possess by going to my in-laws place, O Ram.
My heart is beating faster and faster; Oh, Oh; O sister-in-law.﻿

prashant thakre on Saturday, June 20, 2015
I think Original one Ham na jaibe kothariya me by Munni ketkiwali released
on 1966﻿