Video of this song from youtube
Average Rating : 4.39
Total Vote(s) : 18
Please rate this song between 1 star and 5 stars (5 stars being the best). Just move your mouse on the stars above and click as per your rating. Your rating will really help us to improve our website. 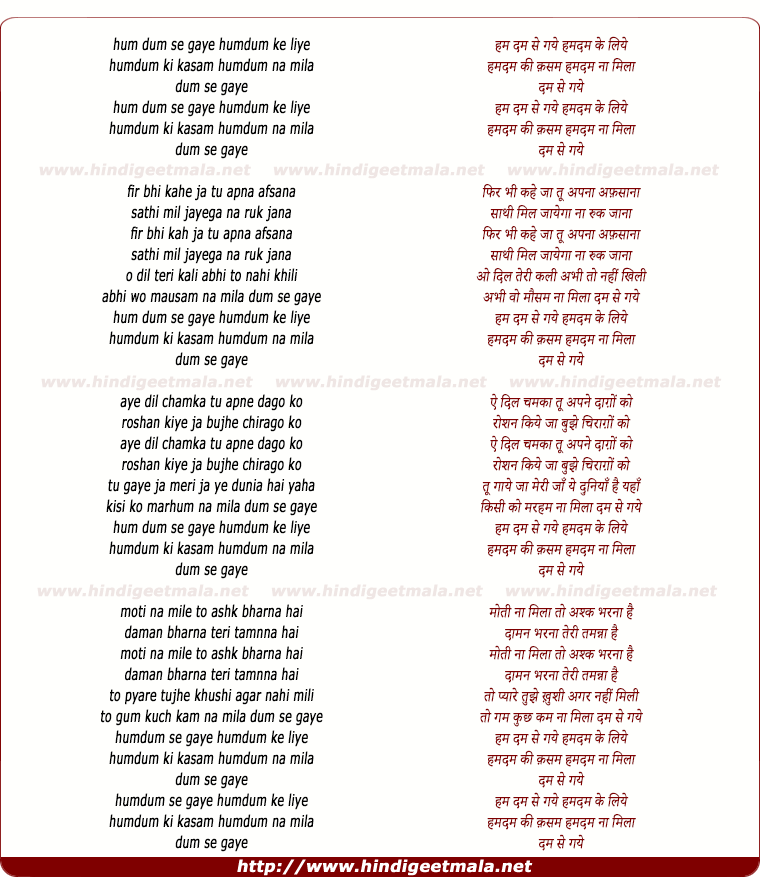 Arijit Majumder on Saturday, November 05, 2011
Brilliant improvisation on a ghazal..hats off to s.d. burman, majrooh jee n
manna dey for creating such a magic...n a fitting on-screen delivery by dev
saab

Jagjit Singh Ishar on Monday, May 06, 2013
Excellent composition but for rythm only bongo is used. Who is the artist
sitting with David.