Average Rating : 4.26
Total Vote(s) : 145
Please rate this song between 1 star and 5 stars (5 stars being the best). Just move your mouse on the stars above and click as per your rating. Your rating will really help us to improve our website. 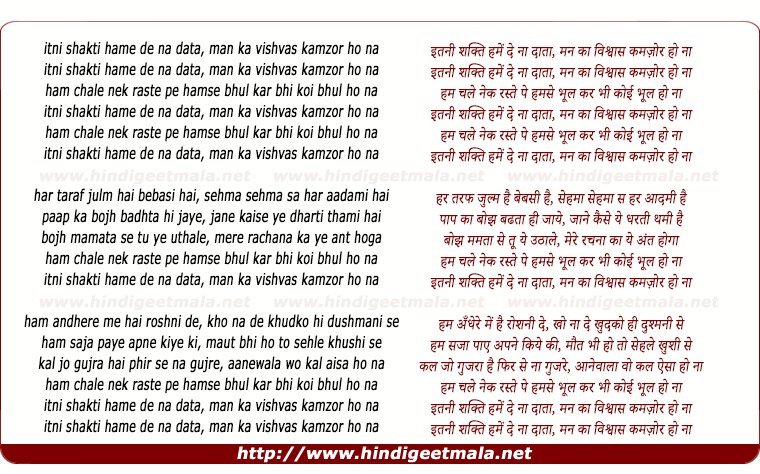 IndianRailways on Thursday, September 18, 2008
basically everyone is good but due to material contamination, they forget
their real SELF and get lost. all the people from the president of the
united states to a beggar in india, are sad, lonely, suffering but no one
wants to admit this. artificial smiling has become the way. all
individuals, families, countries are in competition with each other under
false ego, to prove that they are more happy but deep inside everyone
knows, there is no such thing called happiness on material earth.


bgupta2001 on Sunday, November 06, 2011
request and pray ---every human every soul either good or bad ,angle or evil ,sinner,demon , god or devil every one want to live as a good humanbeing --please save

instead of killing ,spoiling lives,destroying ,sending under earth ,hells ,if some place is given far away from india .and some thing are done for better to improve the qualities of humans and souls .so that every one can live .