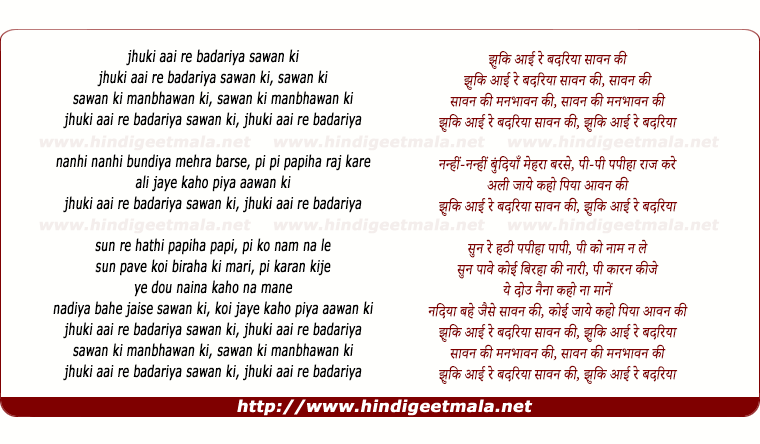 Comments on song "Jhuki Aai Re Badariya Saawan Ki"
ved prakash on Monday, September 27, 2010
I agree.There was no dearth of good Raag based Music Directors and singers in the golden era of Indian film-music i.e. 30s and 40s unlike in later years.There were all time great filmi singers KL Saigal & Kanan Devi, Amirbai Karnataki and other good singers like Pankaj Mullick, KC Day, Uma Shashi, Nurjehan, Khursheed, etc.Background music of the songs was loud and very melodious accompanying the singers creating musical Raag-based most enjoyable environment not to be found later.
ved prakash on Monday, September 27, 2010
In the golden era of Indian film-music i.e. 30s and 40s, all-time best filmi Music Directors till date, were there-RC Boral in Kolkata who also went to Bombay in 40s and Khemchand Prakash in Bollywood (after after working as assistant of Timir Baran in film-Devdas and with RC Boral in Calcutta in film-Street Singer in which he sang a comedy song & briefly acted as a dancer),who taught classical music to Naushad and in that sense was Guru of Naushad (as acknowledged by Naushad)
ved prakash on Sunday, September 19, 2010
There were so many good singers in the best era of Hindi film music from 1931-1949. Lata came in 1948 and the aforesaid era of Raag based melodious music ended in 1949 or so with the death of Khemchand Prakash the best ever music director of Bollywood till date in 1950, except occasional (very very few and far between) classical songs but with not so good background music as in this song typical of the golden Raag based era, later sung by Lata and Mannadey.
ved prakash on Monday, September 27, 2010
In 30s & 40s,there were other outstanding and very very melodious music directors like Pankaj Mullick, Gyan Dutt, Kamaldas Gupta, Timir Baran, SK Paul, Mitra, Sarawati Devi, etc., whose calibre-level of music directors were not to be found in later years.
ved prakash on Sunday, September 19, 2010
excellent music and singing. Saraswati Devi was an excellent Music Director. This is Raag Gaud Malhar.
View all 10 comments related to song Jhuki Aai Re Badariya Saawan Ki
Popular Links on HindiGeetMala