Video of this song from youtube
Average Rating : 4.21
Total Vote(s) : 33
Please rate this song between 1 star and 5 stars (5 stars being the best). Just move your mouse on the stars above and click as per your rating. Your rating will really help us to improve our website. 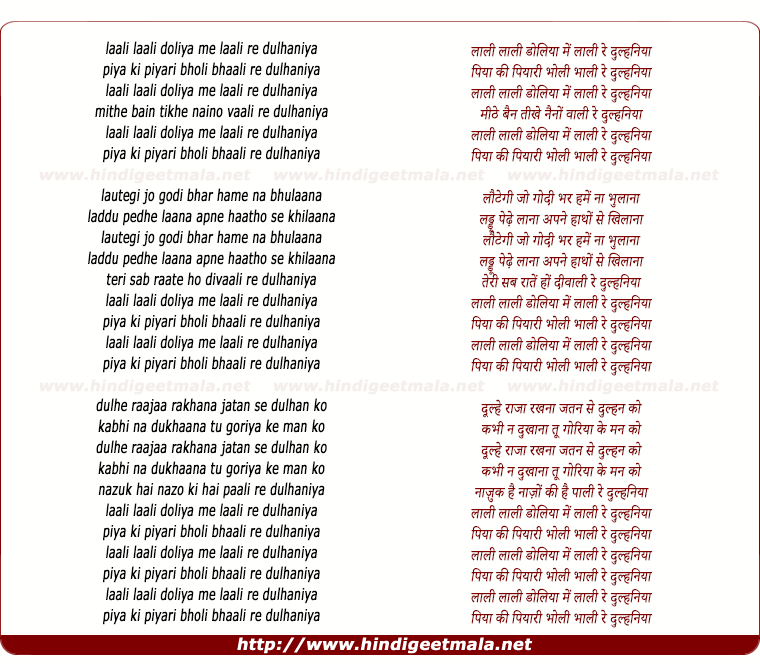 starone056 on Monday, January 12, 2009
It is a lyrical bhojpuri sweat song often sung on the occasion of fare-wel
of newly wed Dulhan..thanks..for uploading. The scene is from a village in
Bihar where film was soot.

Nick Maneck on Saturday, August 25, 2007
Priceless. It was a joy seeing the faces of Waheeda Rehman and Raj Kapoor.
This song is simply beautiful. An Awsome 5 would be alright for this one
don't you think!