Video of this song from youtube
Average Rating : 4.79
Total Vote(s) : 34
Please rate this song between 1 star and 5 stars (5 stars being the best). Just move your mouse on the stars above and click as per your rating. Your rating will really help us to improve our website. 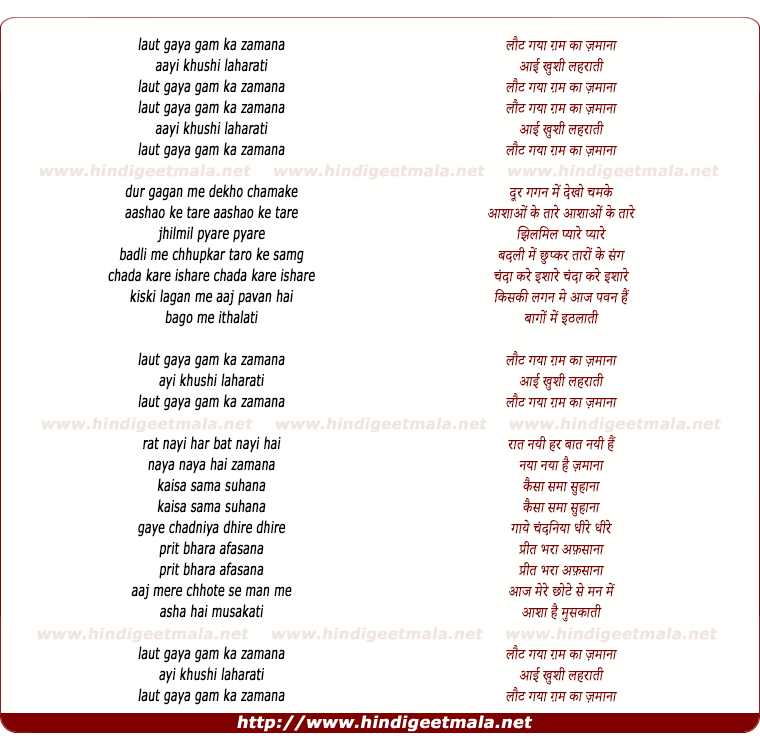 Mani Menon on Thursday, April 18, 2013
I'm listening to this exquisite duet after long decades! Thank you so much,
mastlandrji! But my happiness is clouded with sorrow. Ramamoorthy breathed
his yesterday! Viswanathan-Ramamoorthy were the Shankar-Jaikishan of Tamil
and Telugu movies. It was such a sad thing that they split long ago.

Surender Bhutani on Friday, April 19, 2013
There was something that happened to me on 17 April .I felt like listening
to this song after ages.Then I read the demise of Ramaurthy which was
confirmed by Mastkalandr 's mail. Is it true Madan Mohan also contributed
few songs for this film?

mastkalandr on Wednesday, April 17, 2013
Truly said.., Thanks Doc for sharing the best of Hemant Da- Lata -
Rajjinder Krishan and Vish-Ram, Ramaurthy one of the music duo of this
composition has passed away today , on Wednesday following brief
illness...RIP

Surender Bhutani on Wednesday, April 17, 2013
A beautiful lyric penned by Rajinder Krishan. One of the finest duets of
Hemant and Lata. Dr Surender Bhutani Warsaw (Poland)