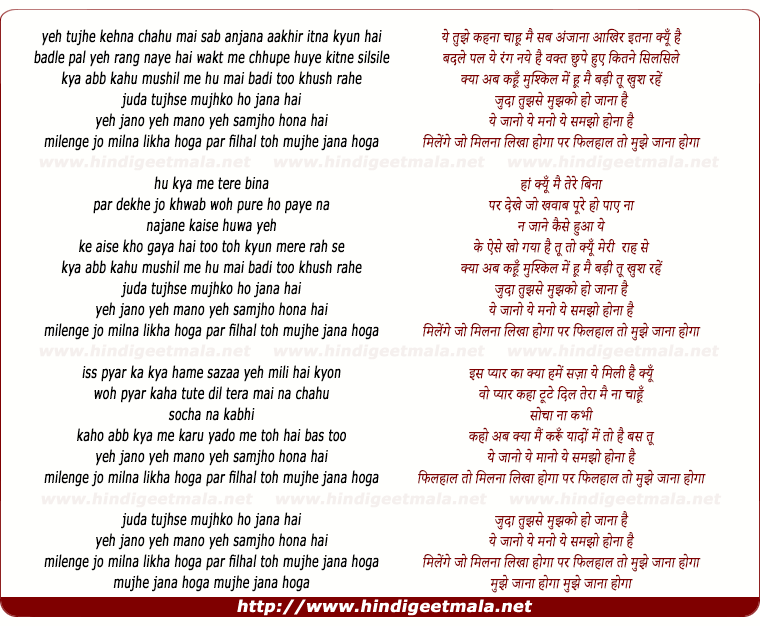 Comments on song "Mujhe Jaana Hoga"
dazzelingdiamond on Sunday, February 15, 2009
The beginning with the flute is so beautiful...The Indianising of the song makes it sound so lovely...if I wasn't watching Vanessa and zac, I could see it in a Bollywood movie, or just as a song on its own.
pinky2B4 on Sunday, February 01, 2009
wow...its much more touching and sentimental when its in Hindi...they are
obviously pros at making musical movies...and i don't even understand what
they're saying

spacekangaroo on Monday, November 30, 2009
This isn't "copying". It's a dubbed version of a movie in another language.
Have you never heard of dubbing? It's quite common.

Arurox9 on Friday, April 02, 2010
i think this is d best version + i love the flute it really adds to the emotions
John Stewart Eduri on Wednesday, February 29, 2012
I am Glad people are still liking this cover.i did these projects like 4
years back! You can catch me on facebook and twitter..John Stewart