he ae ae ae aaja re
ho baanho me aaja re 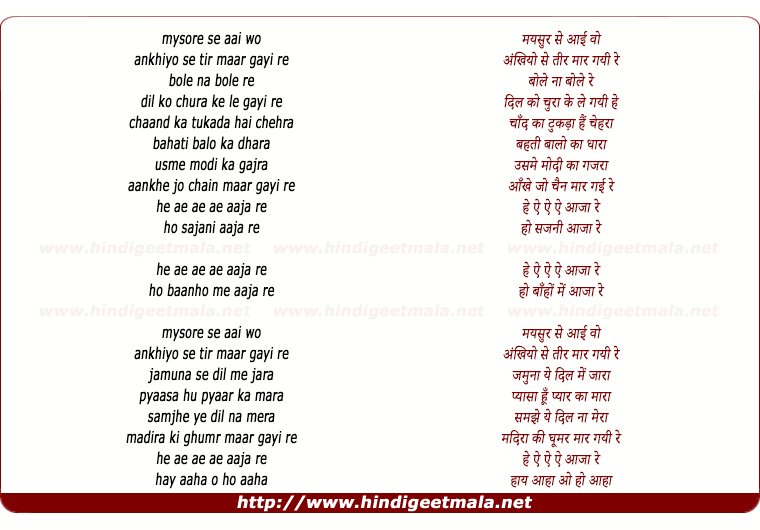 Comments on song "Mysore Se Aayee"
Kushang Shah on Monday, January 06, 2014
4:35 to 5:25, whoa...Flute and other instrumental rendition reminds me the
music given by an international "The Corrs" band..Simply Magnificent...

Mr.Raghu Dixit - Where were you before? Such a power packed voice quality
you possess...Hats off to you!!!﻿

ammy lawit on Tuesday, September 23, 2014
this is my frist time i heard ur name raghu dixit .. but your perfomance is
the best perfomance among all unplughed season ... even more better than
sanu nigam n a r rahaman... you re best...﻿

Abhinav Bhattacharjee on Wednesday, June 04, 2014
Mind-blowing performance. Infact I would go so far as to say this is the
best song performed in MTV Unplugged. So much energy and feelings. ﻿

Ajay Singh Rajput on Saturday, February 15, 2014
this is one of my personal fav of all of raghu dixit project songs.
this was the song that made me a gr8 fan of raghu dixit﻿

Luke kottayil james on Monday, March 24, 2014
This guys way too loud man!! Some one has to control his mike or he shudnt
be miked at all﻿