Video of this song from youtube
Average Rating : 4.16
Total Vote(s) : 178
Please rate this song between 1 star and 5 stars (5 stars being the best). Just move your mouse on the stars above and click as per your rating. Your rating will really help us to improve our website. 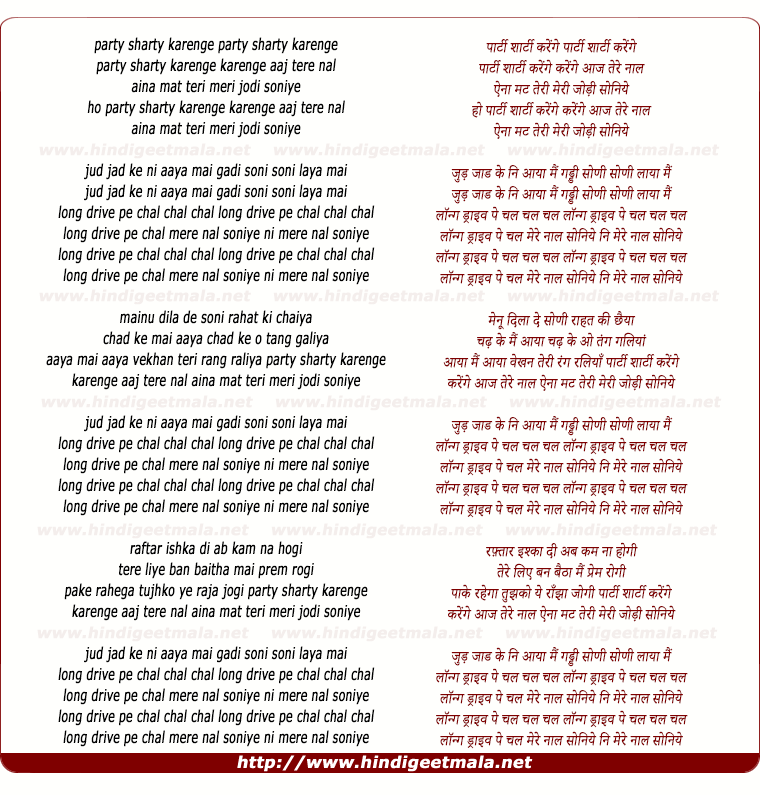 Comments on song "Party Sharty Karenge"
princessash17 on Friday, January 04, 2013
nice song! only himesh can make such a song sound good somehow:) love
him!... and btw Asin..oh god, can she stick to wearing traditional? that
dress does not suit her...she doesnt have a thin figure for it !

pranav mithal on Tuesday, December 11, 2012
movie was just awesome...entertaining to the core...good performances by
Akshay, Asin and Mithun...go for it will not be disappointed at all.