Video of this song from youtube
Average Rating : 4.72
Total Vote(s) : 85
Please rate this song between 1 star and 5 stars (5 stars being the best). Just move your mouse on the stars above and click as per your rating. Your rating will really help us to improve our website. 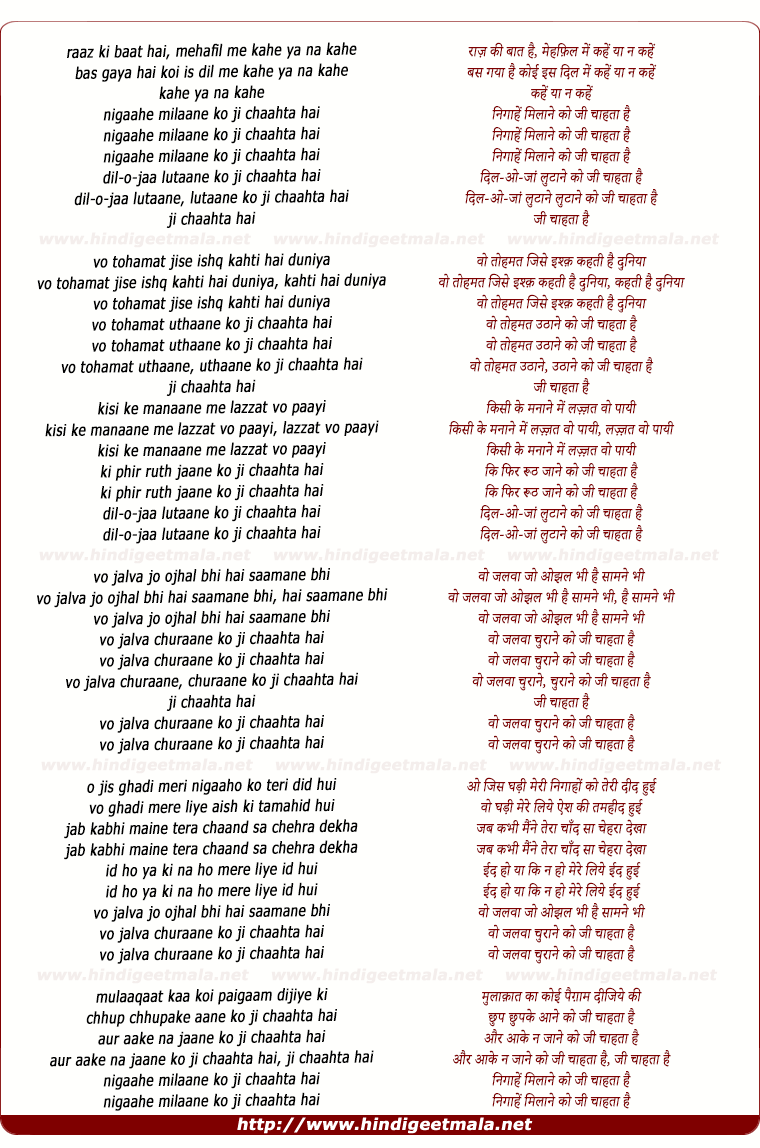 
orientlover1 on Sunday, February 13, 2011
Part III:
Please do send a message for a meeting;
As I love to come furtively;
And then do not wish to come back.
How much I long to exchange glances.
(A literal translation of Sahir Ludhianvi's poem. Three words were changed in the 14th line( 13th in the original poem). Please see my comment below for a possible explanation for this alteration. The film song contains one additional line not present in the original version. Orientlover posting from Lahore).

orientlover1 on Wednesday, April 14, 2010
girl sitting on the left side of nutan( right of viewer) at 2:10 to 3:10 and dancing with her at 4:58 to 5:10 can also be seen in movies Sahib Bibi aur Ghulam (1962) dressing meena kumari in the song "piya aiso jiya mein samye gaiyo re" and also in 1972 released movie Pakeezah just before the song " thare rahiyo banke yaar re" washing paans by the pool side ( however this song was picturised some time in 1963 ) she should be in her seventies now!!!!
View all 235 comments related to song Raaz Ki Baat Hai, Nigaahen Milaane Ko Ji Chaahataa Hai
Popular Links on HindiGeetMala