Video of this song from youtube
Average Rating : 4.20
Total Vote(s) : 359
Please rate this song between 1 star and 5 stars (5 stars being the best). Just move your mouse on the stars above and click as per your rating. Your rating will really help us to improve our website. 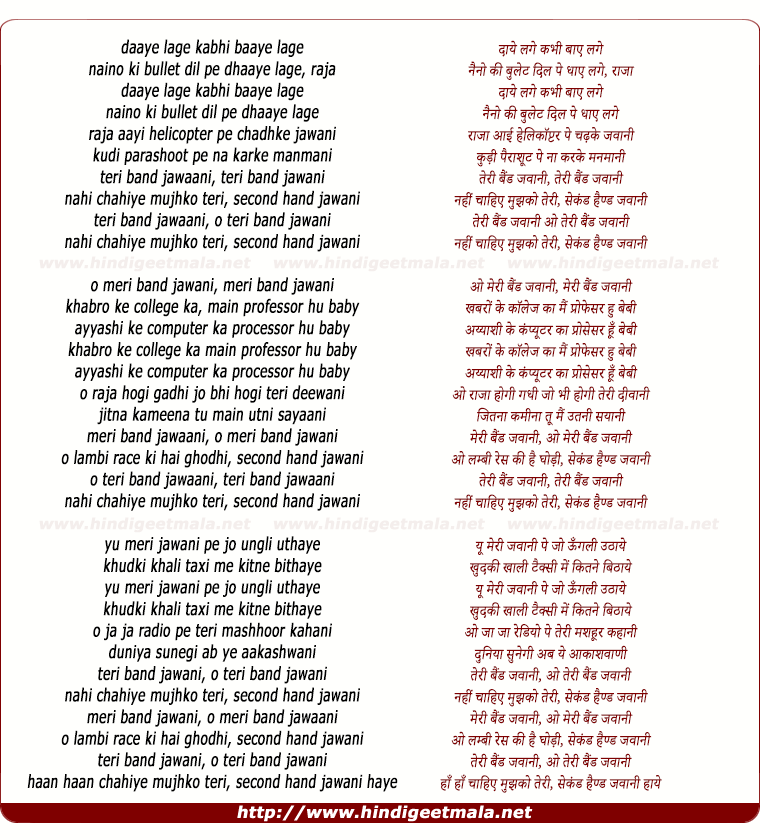 Deepika is a beautiful woman who looks classically INDIAN ... her features
cannot be confused for any other race...

Diana penty is as indian as her but her looks can pass off for latina,
mexican, el salvadorian , mix race etc.

People who like indian beauties will find deepika beautiful. people who
prefer exotic, penny's panty will suit you more

a lot of people like penty because she has more of what we would call non
indian towards caucasian appearance as compared to deepika.. ﻿

sanamo86 on Sunday, August 12, 2012
Im not judging any1s personality, Im simply saying that Diana has a
naturally more beautiful face & its refreshing to have naturally feminine
Indian character for once, rather than in your face I wanne snog you
characters

Sakina Sehgal on Saturday, August 11, 2012
She's younger than Deepa. By a month and a half. And either way, she looks
like Deeps' little sister cuz she has more of a kidd-ish face compared to
Deepika. But both girls are pretty :)