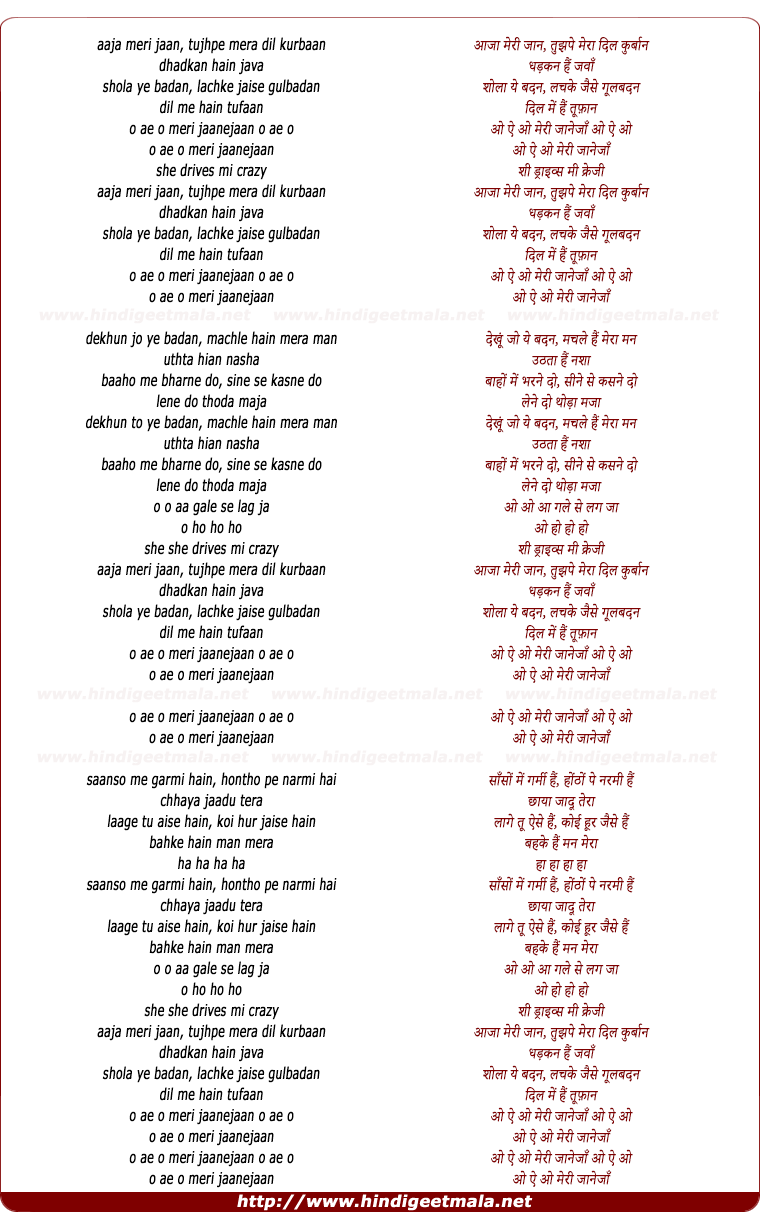 Comments on song "She Drives Me Crazy"
Sherrin Varghese on Tuesday, October 16, 2007
:) Agree.. This was a first of it's sorts also.. no other indi pop act had
put up a video on air on any sport leave alone rugby..& it's not so hot a
sport in India, unfortunately, but i personally play state level
volleyball... And absolutely love outdoor sports & adventure.. Banfg on
about the character building bit as welll mate.. Catch our new song called
"Ghantaa " coming soon.. Cheers!!

Sherrin Varghese on Monday, July 14, 2008
mmmmph.. actually this was designed for a shoot and since rugby is honestly
not an indian sport at all, we did do a couple of goofups.. but hey man,
our bad.. will try and do better next time.. i wish it was volleyball or
something which i personally excel in.. no mistakes would have happened
there.. God Bless..

Sherrin Varghese on Tuesday, September 09, 2008
we released ghantaa about 2 months ago.. the band is not broken.. we tour
quite a bit, so dont bother being in the news like earlier cos of time
constraints.. cos of overkill fear.. otherwise.. expect 1 album every year
from us.. cheers..

Sherrin Varghese on Monday, June 02, 2008
i don't believe this.. just got released 5 days ago,, EVERYBODY PLEASE
CHECK OUT OUR LATEST GRAMMY WINNING SONG Ghantaa!! HERE ON YOUTUBE, AND
LEAVE A COMMENT!!! LOOK FOR GHANTAA!! Sid, Chin2, Karan, Sherrin