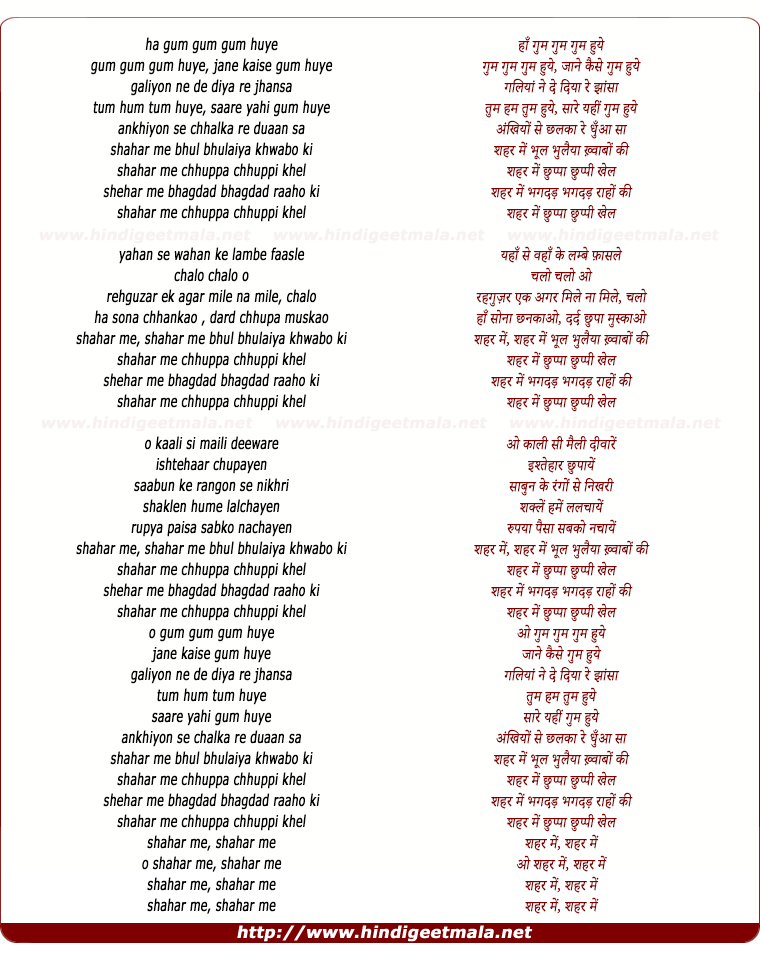 Comments on song "Shehar Me Bhul-Bhulaiya Khwaabo Ki"
Samy Beratta on Sunday, September 22, 2013
Very nice song & wonderful composed by Amit... Friends just enjoy music...
everyone has different style, do not compare. Coke Studio is giving
opportunity to music directors who can experiment their new composition
which they might not getting chance to experiment in films due to may
reasons... we should appreciate each & every artist :-)

dia606 on Sunday, September 22, 2013
This piece only takes off when Amit enters the fray at 3:23. Unfortunately
this is the weakest piece from AT yet imo and Tanvi Shah added absolutely
nothing to the composition.

Manisit Das on Friday, September 27, 2013
The song is meant to be like that. The feel is dark, grim, talks about
chaos of an urban mind in a city! She did her part well! About the life
part, I hope you've listened to Rahman's Jai Ho? It's the same girl who
sang the song. The singer is supposed to instil interest in you by his/ her
voice, not by his/her expressions! :)

SoothingSangeeth on Monday, September 30, 2013
Tanvi is such a letdown. Coke Studio separates the 'Women' from the
'Girls'. And this is where bollywood-ish singers like her fail. On the
other hand, checkout the performances of Kavithaji, Tochi Raina, Kutle
Khan, Mame Khan (from last year's episode)... their voice underscore the
years of classical training they have given!

vijeeth shetty on Thursday, September 26, 2013
Whoever this Tanvi Shah is, she's so boring.. No expressions while singing,
singing as if someone's put a gun on her head.. Amit Trivedi saved the
song, with his deep vocals.. The way Amit sings really adds meaning to any
lyrics and composition..