Average Rating : 4.38
Total Vote(s) : 21
Please rate this song between 1 star and 5 stars (5 stars being the best). Just move your mouse on the stars above and click as per your rating. Your rating will really help us to improve our website. 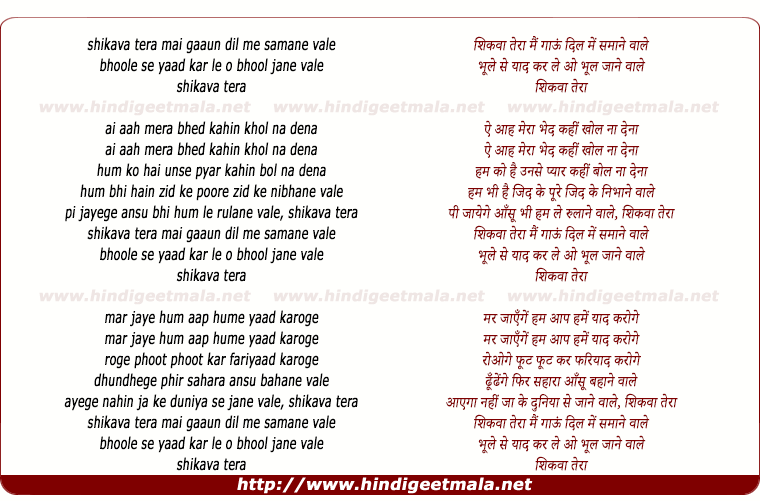 All Lyrics of the film by: D.N. Madhok

Zil Hasnain Kazmi on Thursday, January 13, 2011
It is a real rare gem. An old melody. Talat Mehmood a legend, pionior of
Ghazals and steps in and cement his place with command and authority. His
sweet and and full of vibration`s voice touched millions of music lovers.
His first appearence in the singing arena was immaculate. Lata Mangeshkar
at that time was one of those top female singers decided to produce duets
with this vibrant talent. The result of which the world has vitnesed. No
need to comment on. God bless them both.(13th Jan 2011)

Hiren Patel on Monday, February 25, 2013
You are right he had a short span in his musical carrier before he
succumbed to Tetanus, very sad losing a genuine talented composer. Another
such composition is Yaad Anewale Phir Yaad Aa Rahe Hai, by the same duo and
composed by Vinod, and is posted by me.

Hiren Patel on Sunday, June 13, 2010
@papakumar ,Thanks and u r right they have given us some of the most
beautiful and melodious duets and if u will visit my channel u will find
them.I fi had a vdo of the song i would surely have uploaded it.