Video of this song from youtube
Average Rating : 4.18
Total Vote(s) : 684
Please rate this song between 1 star and 5 stars (5 stars being the best). Just move your mouse on the stars above and click as per your rating. Your rating will really help us to improve our website. 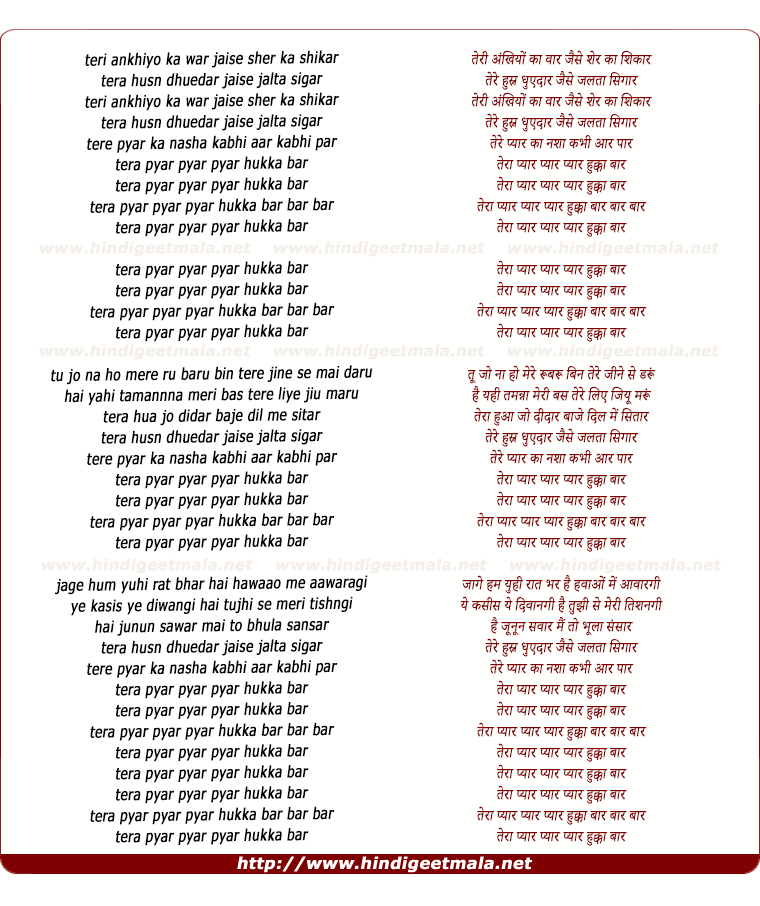 Comments on song "Huka Bar"
lexi bear on Friday, May 24, 2013
um excuse me but who are you to judge indian songs? im not indian and I
think a lot of indian people are very good looking and have nice voices and
if you're just going to try to judge them then just look at your self
before judging ,bet ur just jealous coz that guy in the video is more
hotter than u

Vishal p on Saturday, October 11, 2014
Stolen bits from dalinda song and stolen wooooo from turn up the music
song..but you still need to be smart to implement something so
beautifully. This song has eventually become more beautiful than original
two songs. But still originality is most important than anything in any
field. ﻿

Mahfuz Rahman on Friday, October 10, 2014
Himmesh is not really a bad singer. All the comment I made about him
earlier I take them back. But I would still advise him to only focus on
singing because his acting skills are diabolical. ﻿

ashugtiwari on Wednesday, November 12, 2014
man this is exact copy of "Chris Brown - Turn Up The Music"!!! seriously!!!
comeon people, this honey singh guy has no talent but copying. anyways,
enough said!!!﻿