Video of this song from youtube
Average Rating : 4.15
Total Vote(s) : 492
Please rate this song between 1 star and 5 stars (5 stars being the best). Just move your mouse on the stars above and click as per your rating. Your rating will really help us to improve our website. 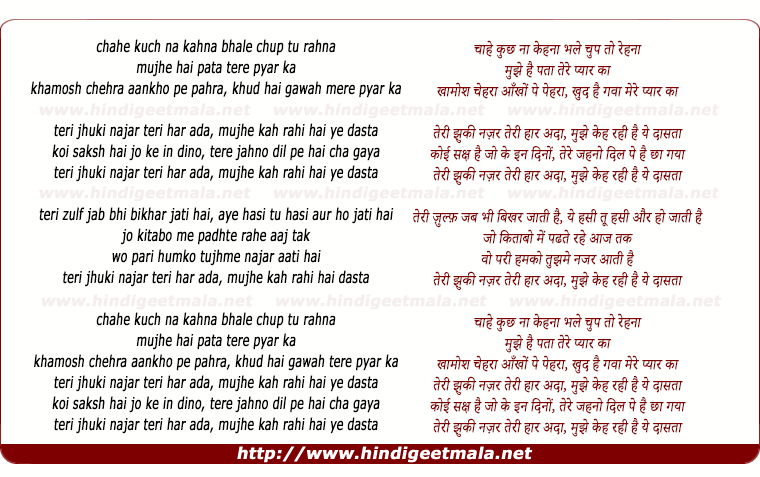 Comments on song "Teri Jhuki Najar"
shama475 on Wednesday, July 15, 2015
i like this film...plot is very interesting...end too. wow.
but, the killing of nisha was accidental ...had it been pre planned and
executed with more care and little differently it would've jolted the
auds.she framed him but, her fingerprints were all over the room
including the murder weapon the vase...lets say hypothetically she is at
large and police after her coz they know he is nt the murderer and she has
left the country to another country where she cannot be extradited..


i disagree with others no need for any songs...they're
hindrance.thrillers should be devoid of any f*&*&* songs man.who
needs songs when you are watching a thriller.﻿

HLRKingScorp on Friday, January 11, 2013
And Murder is a true franchise; even without Emraan. It still got hot
scenes, it's still a copied movie (from Unfaithful to The Chaser to The
Hidden Face), the lead hero always got weird haircuts, always got hot gals
and yeah, great music as usual...