Video of this song from youtube
Average Rating : 4.46
Total Vote(s) : 1139
Please rate this song between 1 star and 5 stars (5 stars being the best). Just move your mouse on the stars above and click as per your rating. Your rating will really help us to improve our website. 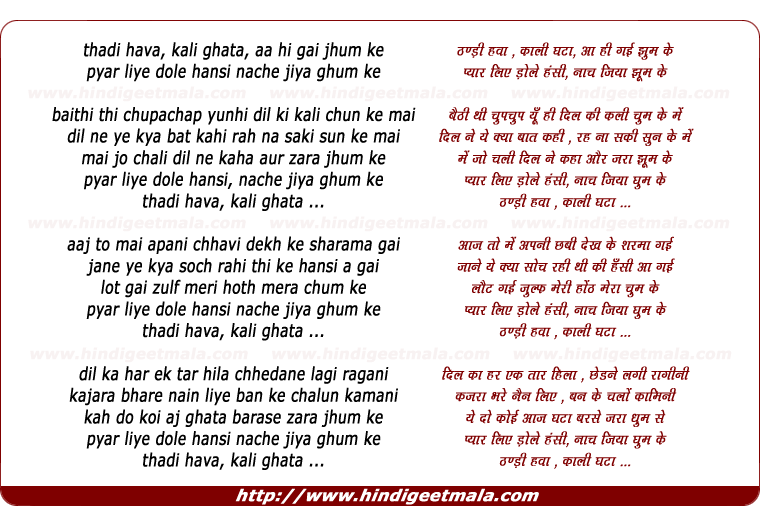 Kay Cee on Friday, April 30, 2010
Difficult to join up all the dots like here: Lovely face, lovelier singing
and loveliest background music! Mesmerizing effect it does create, so
enchanting, it creates jovial environment in a matter of minutes! One of
the most fav songs of all time.

MrGpratap on Thursday, July 15, 2010
hi comrade one thing i could understand that you are one of best music
lovers by uploading this classical music. thanks dear...

Karen12345able on Sunday, April 18, 2010
These timeless classics can be listened to a thousand times or more and still have a refreshing effect,that is true talent and genius.
pionyt on Sunday, June 21, 2009
Wow ! I never heard this song before ! this is so nice and happy !!
Madhubala is a beautiful and great actress .